NEWS "Dada is Dada" presents paintings, drawings, documents, photography, collages, objects, sound recordings, and films from one of the most influential art movements of the 20th century. The exhibition opens at Bildmuseet on Friday evening 17 November. 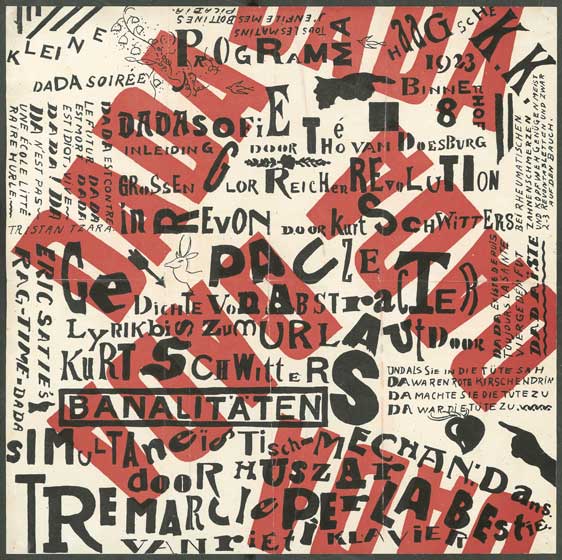 Journalists are welcome to attend the media preview on Thursday 16th November at 10am. On the same occasion, the media will also be given a preview of the exhibition Do Ho Suh / Passages. Both exhibitions will be opened to the public at the autumn’s big vernissage on Friday night, 17th November.

Dada began in 1916 in Zurich as a reaction to the conservative values of bourgeois society and conventional aesthetic ideals, to nationalism and the on-going First World War. In just a few years, the movement developed into a network of collaborations spread widely across the world, engaging more than 150 artists. Strong individual characters and great diversity made Dada an extremely dynamic collective.

Although Dada can be seen as the first international art movement, it was a melting pot of a lot of different styles. The movement was kept together by a critical attitude to society and art, a deprecation with anarchistic traits. The expression of a cultural revolt, Dada was to rally visual artists, authors, and musicians. In its mission to bring art and life together, Dada used new materials and invented new techniques, such as collage, ready-mades, happenings, performance, street theatre, sound poetry, and film. The works are often characterized by a surface of nonsense, irrationality, and playfulness. Humour, irony, wit, mockery, and satire constituted the language by which the Dadaists criticized and questioned their time.

Featuring the multiplicity of artists, authors, and poets who joined Dada or in different ways adopted its ideas, the Dada is Dada exhibition focuses on their antinationalism, border-transcending network, and questioning of established systems and structures.