NEWS Women constitute only 27 percent of academics with the rank of professor in Sweden, in spite of several decades of equal opportunities promotion efforts. "A common explanation is that women’s achievements are valued less than men’s," says Guy Madison, one of the authors of a new study from Umeå University.

“To measure the magnitude of this discrimination, we compared the merits amongst all who were appointed to the rank of professor between 2009 and 2014, at the six largest universities in Sweden (Göteborg, Lund, Stockholm, Uppsala, Umeå, and Karolinska institutet).

The number of publications and the number of times they are cited are central when evaluating scientific competence. If women were disfavoured at the appointment of professors, this should be reflected in their having higher merits than the men who were also appointed to professors. The opposite was found".

"Possible explanations for the present results may be the application of affirmative action measures, such as always selecting from the favoured group if differences in merits are small, or some other form of discrimination applied to comply with the government’s goal to quickly increase the proportion of female professors," says Guy Madison. 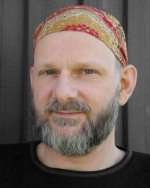