NEWS On Wednesday 20 June at 17.00 Bildmuseet opens Disobedience Archive (The Parliament) an exhibition project dedicated to the relationship between artistic and activist practices. 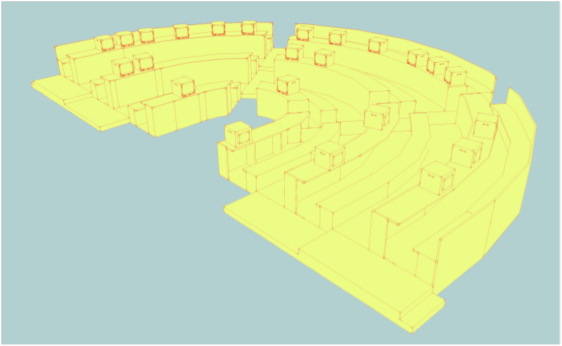 Disobedience Archive is an ongoing, itinerant atlas of the various contemporary resistance tactics: from direct action to counter-information, through constituent practices and forms of bio-disobedience.

Disobedience Archive accommodates a variety of film material by artists, activists, filmmakers, philosophers and political groups.
The selection of films is organised in eight chapters: the first is about the 1977 demonstrations and riots in Italy, followed by sections on social changes around the Berlin Wall, the social upheavals in Argentina in 2001, the anti-globalization movement’ developments from 1994 onwards, experimental forms of education, community and urbanism, the Israel-Palestinian conflict, political and activist work in the former Eastern Bloc, the effects of 09/11 and a new section dealing with events surrounding what has come to be called the Arab spring.

Disobedience Archive is curated by Marco Scotini and for this iteration, the archive occupies The Parliament by Céline Condorelli, a structure hosting 24 monitors specially commissioned for the Flexihall on the ground floor of Bildmuseet.

Marco Scotini is a curator and director of the Visual Arts Department at the Nuova Accademia di Belle Arti (NABA) in Milan. Céline Condorelli is an artist based in London.