NEWS Environmental change can drive hard-wired evolutionary changes in animal species in a matter of generations. A study by Umeå University ecologist Tom Cameron and a research team at University of Leeds overturns the common assumption that evolution only occurs gradually over hundreds or thousands of years. The results are published in the journal Ecology Letters. 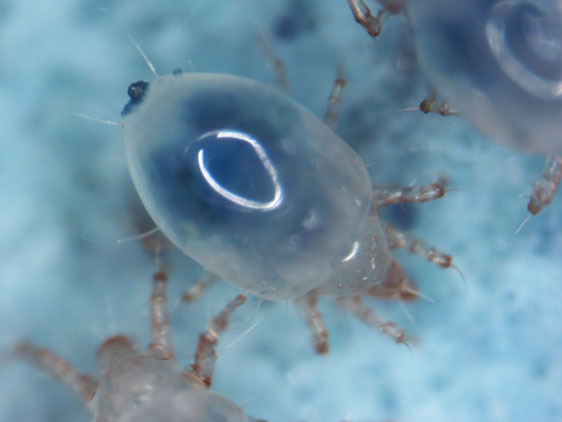 Instead, researchers found significant genetically transmitted changes in laboratory populations of soil mites in just 15 generations leading to a doubling of the age at which the mites reached adulthood and large changes in population size. The results have important implications in areas such as disease and pest control, conservation and fisheries management because they demonstrate that evolution can be a game-changer even in the short-term.

Professor Tim Benton, of the University of Leeds’ Faculty of Biological Sciences, said:
“This demonstrates that short-term ecological change and evolution are completely intertwined and cannot reasonably be considered separate. We found that populations evolve rapidly in response to environmental change and population management. This can have major consequences such as reducing harvesting yields or saving a population heading for extinction.”

Although previous research has implied a link between short-term changes in animal species’ physical characteristics and evolution, the Leeds-led study is the first to prove a causal relationship between rapid genetic evolution and animal population dynamics in a controlled experimental setting. 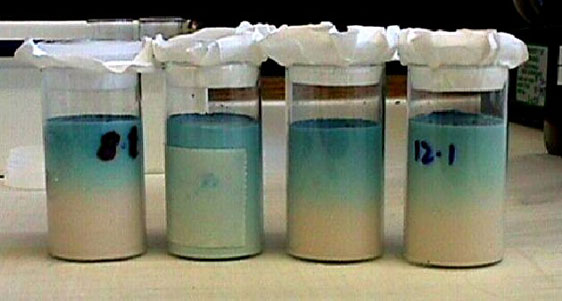 The researchers worked with soil mites that were collected from the wild and then raised in 18 glass tubes. Forty percent of adult mites were removed every week from six of the glass tubes. A similar proportion of juveniles were removed each week in a further six tubes, while no “harvesting” was conducted in the remaining third of the tubes.

Lead author Dr Tom Cameron, a postdoctoral Fellow in the Faculty of Biological Sciences at Leeds at the time of the research and now based in Umeå University, Sweden, said:
“We saw significant evolutionary changes relatively quickly. The age of maturity of the mites in the tubes doubled over about 15 generations, because they were competing in a different way than they would in the wild. Removing the adults caused them to remain as juveniles even longer because the genetics were responding to the high chance that they were going to die as soon as they matured. When they did eventually mature, they were so enormous they could lay all of their eggs very quickly.”

The initial change in the mites’ environment—from the wild into the laboratory—had a disastrous effect on the population, putting the mites on an extinction trajectory. However, in every population, including those subjected to the removal of adults or juveniles, the trajectory switched after only five generations of evolution and the population sizes began to increase.

The researchers found that the laboratory environment was selecting for those mites that grew more slowly. Under the competitive conditions in the tubes, the slow growing mites were more fertile when they matured, meaning they could have more babies.

Dr Cameron said:
“The genetic evolution that resulted in an investment in egg production at the expense of individual growth rates led to population growth, rescuing the populations from extinction. This is evolutionary rescue in action and suggests that rapid evolution can help populations respond to rapid environmental change.”

Short-term ecological responses to the environment—for instance, a reduction in the size of adults because of a lack of food—and hard-wired evolutionary changes were separated by placing mites from different treatments into a similar environment for several generations and seeing whether differences persisted.

“The traditional idea would be that if you put animals in a new environment they stay basically the same but the way they grow changes because of variables like the amount of food. However, our study proves that the evolutionary effect— the change in the underlying biology in response to the environment—can happen at the same time as the ecological response. Ecology and evolution are intertwined,” Professor Benton said.

Unpicking evolutionary change from ecological responses is particularly important in areas such as the management of fisheries, where human decisions can result in major changes to an entire population’s environment and life histories. The size at which cod in the North Sea mature is about half that of 50 years ago and this change has been linked to a collapse in the cod population because adult fish today are less fertile than their ancestors.

“The big debate has been over whether this is an evolutionary response to the way they are fished or whether this is, for instance, just the amount of food in the sea having a short-term ecological effect. Our study underlined that evolution can happen on a short timescale and even small 1 to 2 per cent evolutionary changes in the underlying biology caused by your harvesting strategy can have major consequences on population growth and yields. You can’t just try to bring the environment back to what it was before and expect everything to return to normal,” Professor Benton said.