NEWS On October 25, 2016, FairTax hosted an open research seminar on “Fair and Sustainable Taxation in the EU” at the Permanent Representation of Sweden to the EU in Brussels. 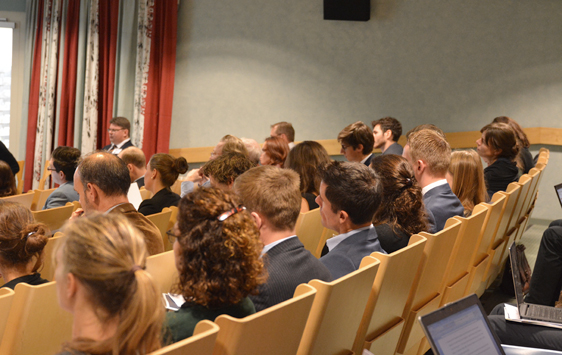 The seminar attracted a large audience of over 100 participants from EU institutions, stakeholder organisations, lobby-groups, universities, and others with an interest in future tax issues in Europe. Fredrik Löfstedt, Fiscal Attaché at the Permanent Representation of Sweden to the EU, commenced proceedings by welcoming the audience. Åsa Gunnarsson, Umeå University and FairTax Coordinator,  then presented a summary of the FairTax project. This was followed by three presentations as detailed below. The seminar was moderated by Emer Mulligan, National University of Ireland.

Importance of a fair and sustainable taxation

In this first sessions, Ulrike Spangenberg, Umeå University and Ann Mumford, King’s College London presented preliminary FairTax research on the topic “Revisioning the “Fiscal EU": Social, Gender, Environmental, and Economic Norms”. In their presentation, they pointed out how fiscal policies aiming to define and implement “fair and sustainable taxation” need to pay due regard to meeting social, gender, environmental and economic outcomes, which are part of existing legal obligations in a number of international and EU level agreements. 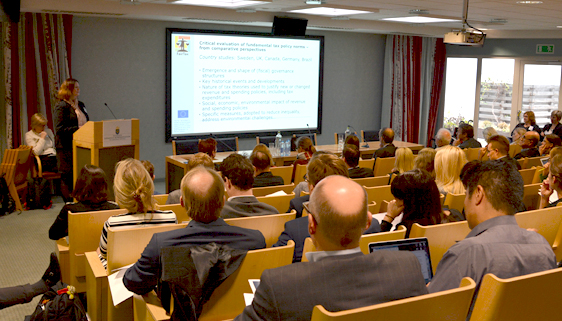 The presentation was responded to by a panel consisting of Sol Picciotto, Lancaster University, International Centre for Tax & Development, Micheál Collins, School of Social Policy, Social Work and Social Justice, University College Dublin, and Gaëlle Garnier from the European Commission, Directorate-General for Taxation and the Customs Union. The panel noted that fairness and sustainability are central to tax, but that in the international sphere corporate tax appears to be failing on both these counts. In order to protect and preserve the way of life and the social market economy in Europe, a fair and efficient tax regime is required.

Candidates for Tax-based EU Own Resources

In session number two, Danuše Nerudová, Mendel University Brno and Margit Schratzenstaller, Austrian Institute of Economic Research (WIFO) presented their exploratory research on the topic: “Financing the EU Budget: CCCTB and other Sustainability-Oriented Candidates for EU Taxes”. The researchers suggested different candidates for Tax-based Own Resources to finance the EU Budget (e.g. the CCCTB, a carbon-based flight ticket tax, a financial transaction tax, or a carbon tax). The alternatives were presented with regard to their budgetary impact on EU Member States and their expected contribution to economic, social, environmental, and cultural/institutional sustainability of taxation in the EU.

The discussant for this session, Jorge Núñez Ferrer from the Centre for European Policy Studies (CEPS) responded to this presentation, and he noted that there are barriers to the introduction of the reforms proposed. If the Member States have difficulties introducing new tax reforms themselves, it could be even more problematic at the EU Level. He also noted, however, that the EU’s priorities and objectives are negatively affected by the unstable nature of its budgetary position, which is almost fully dependent upon Member State contributions.

In the final presentation, Karen Boll, Copenhagen Business School and Lynne Oats, Exeter University presented their research on the topic “What makes Tax Collection Sustainable?”. The researchers pointed out that the administrative dimension of tax policy implementation is crucial to its success. Using the case of large businesses, cooperative relationships between taxpayers and tax authorities are being examined in several countries to identify features leading to sustainability and barriers to success.

The discussant for this session, Hans Gribnau, Tilburg University, responded to the presentation and noted that willingness of the taxpayers to comply with taxes is at the heart of cooperative compliance. There is a common interest between the tax administration and the taxpayer in getting a clear, certain result. Mutual trust is an important element in the success of cooperative arrangements.

Each of the sessions was followed by a question and answer time during which some very interesting and thought provoking questions were put to both the presenters and discussants.