NEWS FairTax was represented at Law and Society’s International meeting in Mexico City, June 20-23. It was the most well attended conference in the history of Law & Society and the hotel was bustling with scholars from a variety of disciplines interested in the theme "Walls, Borders, and Bridges: Law and Society in an Inter-Connected World". 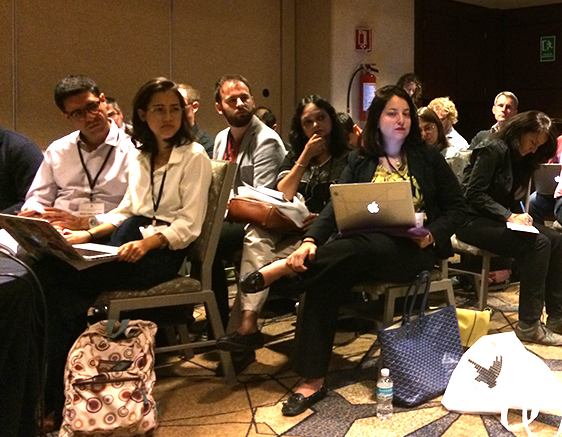 Leonel presented his paper ’Value-Added Tax and Harmful Tax Competition in Brazil’ which explained the connections between the ICMS (tax on the sales of goods similar to the VAT there is in Europe) and what is described as a fiscal war; i.e., the distributive conflict between the states.  Leonel argued that there is an intrinsic connection between at least some of the problems concerning efficiency and fiscal justice in Brazil.

Ann presented her research on the development of the concept of unpaid labour in the UK courts.  Ann explained that this concept is almost always raised by judges, and not by lawyers (which is unusual); and, that the term is always deployed in hopes of impacting the outcome of a case in a number of specific ways.  Ann’s project ultimately aims to fashion a typology of these outcomes and purposes.

Lotta was also one of speakers at the roundtable “Law, Techno-Science & Society: Research at the Intersection of STS & Socio-legal Studies”. The roundtable was organized by Allison Fish, University of Queensland, and participants addressed the complex inter-relationships between law, techno-science, and society that are central to the shaping of everyday life. As such, these entanglements have held the sustained interest of researchers from the interdisciplinary fields of both Socio-legal Studies and Science & Technology Studies (STS). The participants drew on their research covering a range of topics from the evidentiary value of forensic science, to the regulation of doping, to health, environment, and tax policy issues in many geographic locations (US, India, Costa Rica, Chile, Sweden, and Mexico). The roundtable was very well attended and provoked many interesting comments and questions. It is a discussion that will be continued!