NEWS Which factors determine the shape of a leaf? By using different methods of systems biology, Barbara Terebieniec has identified genes that control the leaf shape of the European aspen. Barbara Terebieniec presented her doctoral thesis at Umeå University on 14 March. 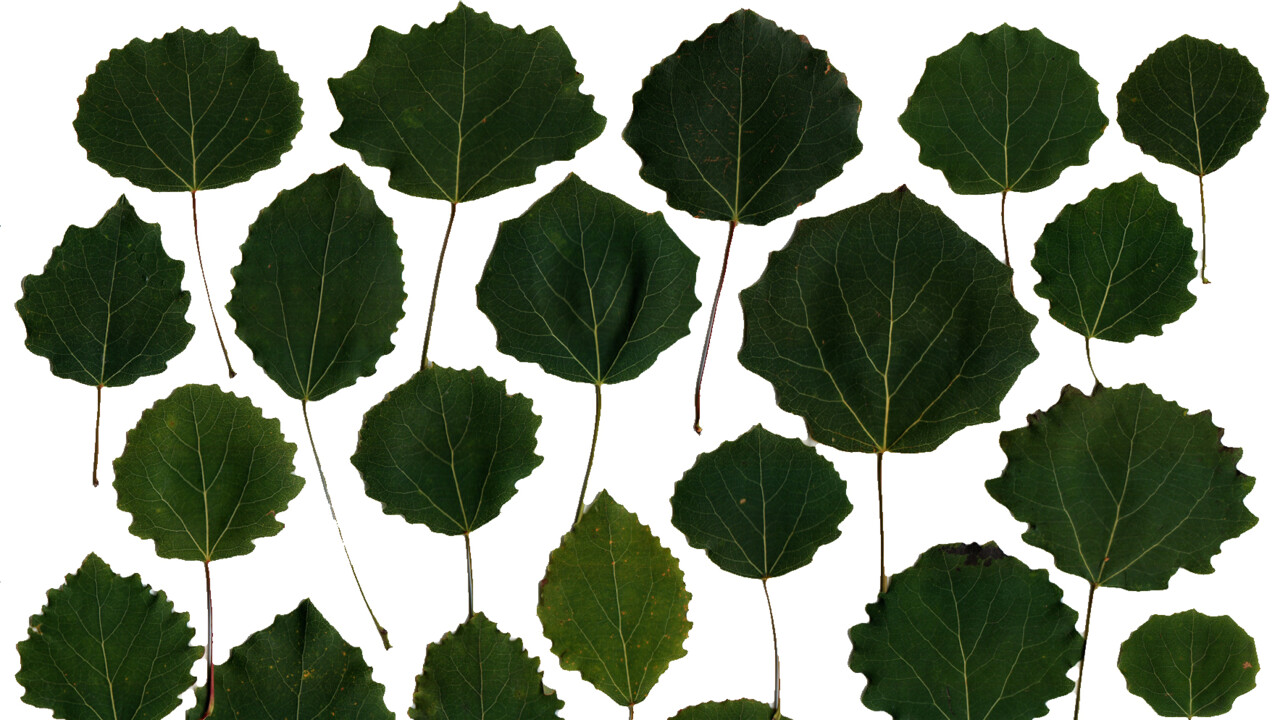 Shape of the leaf is one of the most obvious traits in plants.

“I chose to write my thesis on this subject due of my interest in basic research on populations and how certain visible traits are inherited, with the shape of the leaves being one of the most obvious traits in plants. We used methods of bioinformatics to include all genetic factors and interactions between them in our analyses. Using this systems biology approach, we tried to look at the entirety of the network that determines the leaf shape, and we were able to discover previously unknown factors,” says Barbara Terebieniec.

Barbara Terebieniec used several different bioinformatics methods to identify the genes that determine the shape of leaves. Her results indicate that leaf shape is determined by a complex network of many different genes, and that each of these genes contribute a tiny part of the final shape of the leaf.

“I collected buds the whole summer and cross-sectioned them for microscopic study. That way, I was able to follow the development of a leaf from start to budding under the microscope. It was incredibly fascinating,” says Barbara Terebieniec.

Using yet another approach, Barbara Terebieniec successfully optimised the method of spatial transcriptomics for aspen buds. This was a subproject carried out together with researchers from SciLifeLab. Using this technique, they were hoping to identify the genes expressed in the leaf growing inside the bud. Even though they were able to establish the method, they were unable to spatially work out which genes were active during the development of the very young leaf, as the tissue size was too small for the technology.

What are your plans for the future?

“Two years ago, I started my own company. I was really frustrated trying to keep my lab samples in order in regular -80°C freezers. Our idea was to develop the FreezFiler – a digital system using computer vision. It can be placed on top of the regular freezer to read barcodes on samples, which simplifies the inventory of the freezers. We are now about to register a company and launch our first product. It will be a lot of work, but it is also very exciting, and I look forward to new challenges.”

The Faculty opponent is Chung-Jui Tsai, the Department of Genetics, University of Georgia, USA.