NEWS Four students at the Umeå Institute of Design, Umeå University, have won the iF concept award 2011. The competition was fierce. More than 8,000 contributions from 52 different countries were submitted. 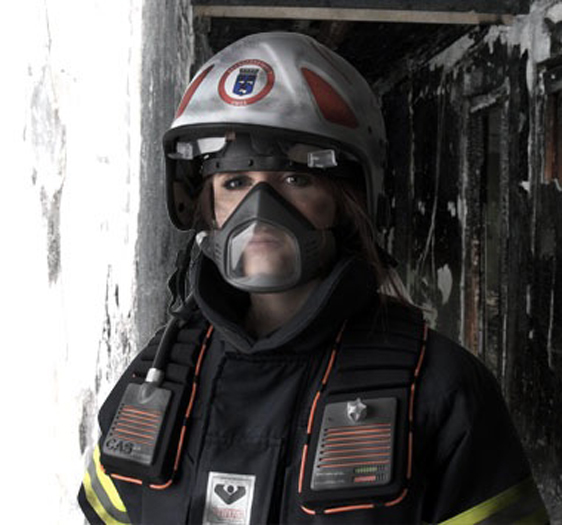 Only 100 was lucky enough to be awarded with an iF concept award 2011, one of the most important as well as one of the biggest international competitions for students and young professionals from the areas of design, architecture, marketing and engineering. Four of those lucky winners are students at Umeå Institute of Design: Malin Grummas, Erik Borg, Richard Stark and Yujin Kim.

Malin Grummas and Erik Borg, both students at the Advanced Product Design programme received acknowledgement for design concepts developed during their studies at the APD programme.

Malin Grummas received her second international design award for her concept CAS - Clean Air System, an intelligent filter-based breathing mask, primarily designed for fire fighters. Malin developed the concept during her first term project at the APD programme. The overall theme for the project was people-centred design and the project was carried out in collaboration with the local fire department in Umeå municipality.

Erik Borg was awarded for his design for a personal and discrete detection device for people with food allergies, Food Allergen Detector, a device that helps preventing severe allergic reactions. Erik developed the concept during his second term project that focused on smart health care devises, and had strategic design as the overall theme. Erik's short movie on the food allergen detector project, was a part of a five week storytelling course Erik did during his second study year at the APD programme.

Richard Stark and Yujin Kim are students at the Transportation Design programme, but their concepts were developed during their BA studies.

Richard Stark's concept Neptune is an aid for swimming that suits most common levels of amputation. It is mounted to a liner and allows breaststroke swimming. The strength of the fin can be adjusted, and the fin handles 360° movements to support spontaneous action. Neptune reaches out to a wide target group as a healthcare product, as well as a professional training tool.

Yujin Kim was awarded for his individual design TAG- Transform As Growth. The project's focus was to design and develop a stroller with an improved product lifecycle. The design can transform from a baby stroller into a tricycle as the child grows. Yujin presented this project for his application to the Master's program at the Umeå Institute of Design.