NEWS The historical past is important when we seek to understand environmental conditions as they are today and predict how these might change in the future. This is according to researchers from Umeå University, whose analyses of lake-sediment records show how lake-water carbon concentrations have varied depending on long-term natural dynamics over thousands of years, but also in response to human impacts over the past several hundred years. The study has been published in PNAS (the Proceedings of the National Academy of Sciences). 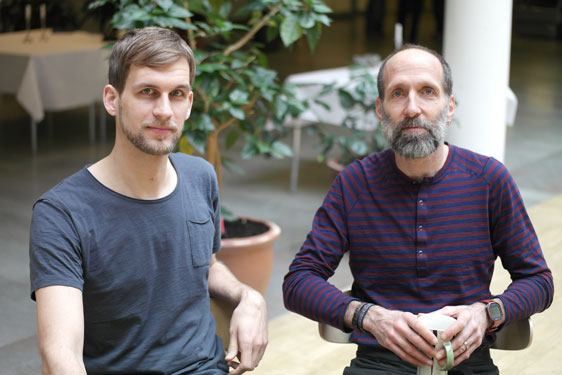 Environmental monitoring programmes over the past 30 years have observed an increase in the organic carbon concentration in many Swedish lakes. This increase has consequences for water quality and for the functioning of aquatic ecosystems. The hypotheses for this increase – also referred to as ‘brownification’ because of the more humic color of the water – include recovery from acidification, modern changes in land use and climate change. These hypotheses and the monitoring data reflect primarily shorter-term processes and do not include insights into long-term changes.

A research group at the Department of Ecology and Environmental Science at Umeå University shows in a new study, published in PNAS (the Proceedings of the National Academy of Sciences) that other, historical factors also play an important role for lake-carbon cycles. Their study shows that small-scale but widespread exploitation of the landscape over several hundred years and potentially longer has had a significant impact on the organic carbon concentration in lakes and also on trophic conditions.

From analyses of sediment records from a number of lakes across central Sweden we find that organic carbon concentrations further back in time – as much as 10,000 years ago – were at higher levels comparable to those we measure today. However, in response to forest grazing of livestock and summer forest farming that accelerated during the 1400 and 1500’s the levels of carbon declined by half’, says PhD student Carsten Meyer-Jacob, who led the study.

Within this system of summer forest farming much of the landscape was exploited; for example, livestock were grazed in the forest and mires were used for haymaking. This type of human land use was quite extensive in the landscape and led in turn to changes in the cycling of organic matter affecting carbon storage in forest soils and in mires, which in turn led to reduced concentrations of carbon in adjacent lakes.

With the cessation of this type of summer forest farming during the late 1800’s and early 1900’s, the concentrations of organic carbon began to increase.

‘Climate change and changes in the acidification of lakes are important processes for the environment today, but long-term changes in how we have used the landscape over hundreds over even thousands of years have also left their imprint’, says Professor Richard Bindler.