How do environmental changes affect lakes?

NEWS A comprehensive view of the dynamics in lakes provides new possibilities to develop practicable models for the ways in which environmental changes affect lakes and how much disturbance various lakes tolerate. 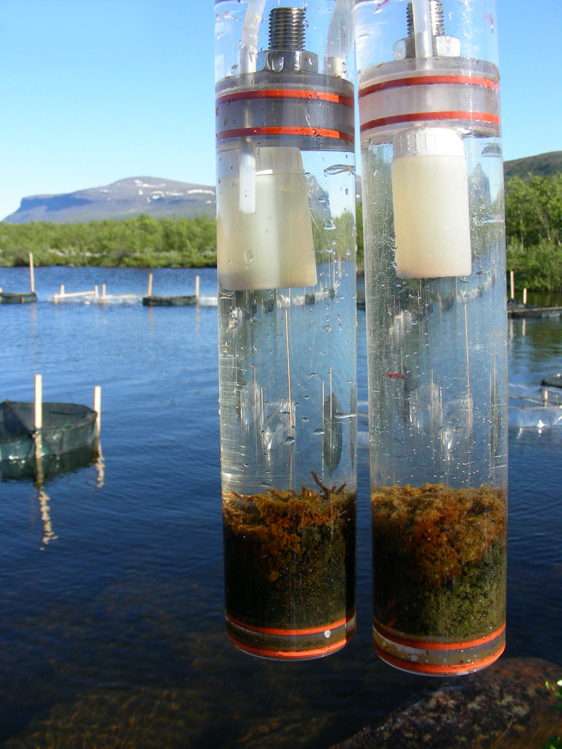 Researchers at Umeå and Uppsala Universities work in LEREC (Lake Ecosystem Responseto Environmental Change), an area of research excellence, which is financed by the Formas Research Council.
– The goal is to raise understanding of the factors which regulate dynamics in the lake ecosystem through a combination of biochemical studies of the flow of phosphorus, nitrogen and organic carbon and studies of population and social dynamic processes, Lennart Persson, Principal Investigator and Professor of Aquatic Ecology, says.

Around thirty researchers, doctoral students, technicians and field workers are involved in the project and field studies are conducted in Västerbotten and the Abisko area.– There are established and easily accessible testing grounds here. Northern lake systems are good areas to study as they are characterised by their natural conditions and are influenced to a smaller degree by man. They are also more sensitive to environmental changes, says Ann-Kristin Bergström, researcher at the Department of Ecology and Environmental Science.
Her research concerns how nitrogen, which is deposited into the environment through direct deposition or drainage from surrounding land, affects the balance between nitrogen and phosphorus in nutrient-poor lakes. Other environmental disturbances, the effects of which are evaluated in the project, include climate changes, land use and utilisation of lakes for fishing.

The LEREC project has so far resulted in approx. 60 articles with new findings, which has lead to a modified understanding of how the biological production of lakes and their structure of organisms is regulated.– It is an established fact in lake research that phosphorus limits the production of plant plankton, animal plankton and fish in lakes. We show instead that the limiting factor for most lakes on Earth is actually the light climate, Lennart Persson says.
The research group has demonstrated that the inferior access to light in nutrient-poor lakes in northern systems takes the upper hand and becomes a limiting factor. The results, which clash with previous theories, are published in the journal Nature.

Other important results concern the effect of size variations in fish populations. Under identical external conditions, the size structures of the population can be extremely different,something which is called alternative stable states in ecology. This is very important when trying to understand why over-exploitation can suddenly lead to catastrophic collapses for a population, with subsequent effects on the whole ecosystem.– During a long-term experiment in a lake in northern Norway, we showed that it is actually possible to provide an advantage to predators by fishing out the prey fish. By fishing out char in the lake, we managed to increase the number of small char which are preferred by the predatory fish. Then, the salmon trout population, which had largely collapsed by then, experienced a sharp increase, Lennart Persson says.
The results have obtained practical application in a project conducted by the Swedish Board of Fisheries, which is trying to recreate a viable population of cod in the Baltic Sea by reducing the sprat population.

The LEREC project has been of great importance to the Department, Ann-Kristin Bergström thinks. Nowadays, there is unique access to experimental equipment for studies in freshwater systems, which has made it possible to hire more technicians and field staff.– We are leaders in our research area at both a national and international level. Our network has grown and the broad competence in the aquatic area attracts competent researchers
to us. We want to retain and develop this strength when the project is over, Lennart Persson says.