How to maintain gender equality through the sex chromosomes

NEWS Asymmetric sex chromosomes were independently shaped during evolution in many species, and different strategies evolved alongside to overcome the resulting imbalance in genetic information. Molecular biologist Marie-Line Faucillion has studied this in her dissertation defended at Umeå University, Sweden. Her findings can be useful to better understand how sex chromosomes are regulated, but also to approach the study of gene regulation in a more holistic way. 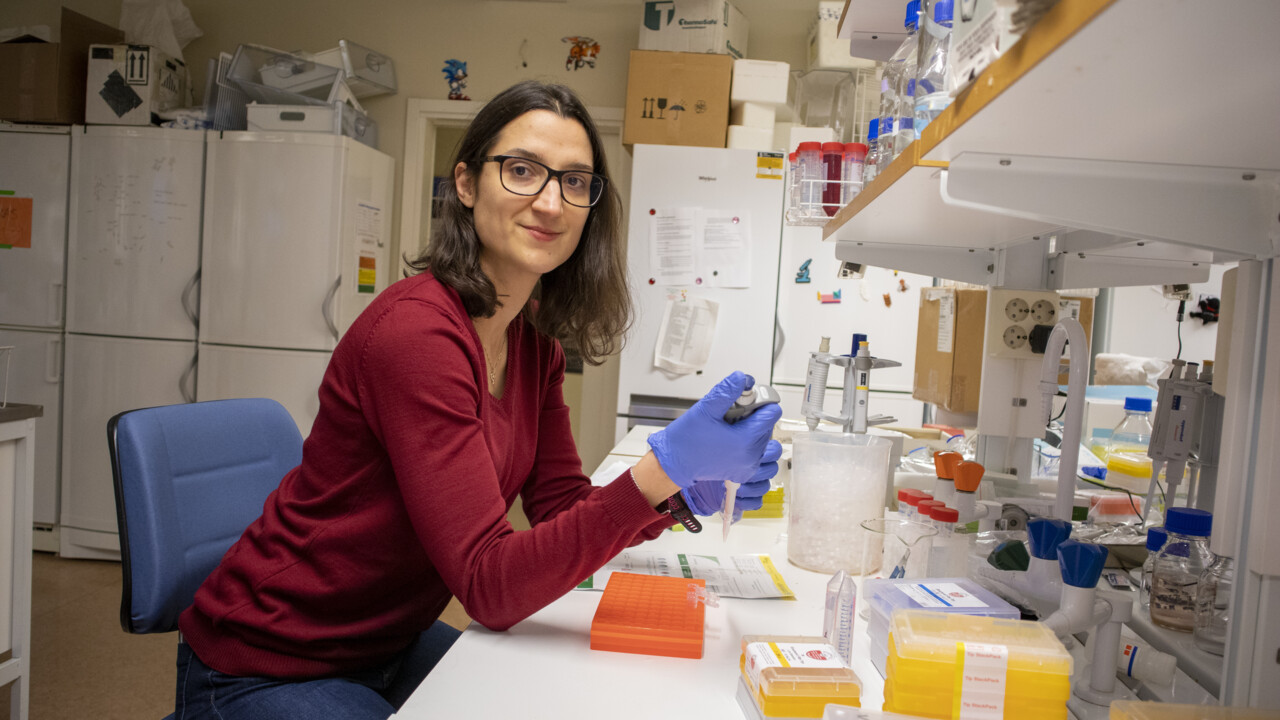 Marie-Line Faucillion research can be useful to better understand how sex chromosomes are regulated.

A long long time ago, males and females were equal. Their chromosomes, at least were almost identical. But this equality changed under evolutionary pressure and sex specific chromosomes appeared. First, only a few male beneficial genes accumulated on one ordinary chromosome. Long story short, these genes stopped recombining with their equivalents for the production of sperm cells and ended up being only transmitted from fathers to sons through what we call the proto-Y chromosome.

“From a molecular perspective, two large issues arose from this chromosomal inequality” says Marie-Line Faucillion. “First, males and females do not carry the same amount of information anymore. The two female X chromosomes can be a template for printing twice as many mRNA molecules compared to the single male X chromosome.”

In mRNA, m stands for messenger and mRNA molecules are meaningful portions of code that are copied many times from the chromosomal DNA template and contain the instructions for building all the different proteins needed by the cell machinery. This is called gene expression.

“The second issue is that since proteins that come from different chromosomes may associate to form more complex molecular machines, the males will have a shortage of their X chromosome proteins compared to their autosomal proteins and not be able to assemble the correct complexes in the right amount. And this is simply lethal for them” adds Marie-Line Faucillion.

Mammals are already known to inactivate one X chromosome in females in order to re-establish the male to female balance. However, the strategy to balance the autosomes with the sex chromosomes has been debated as to whether or not there was a doubling of mRNA production. Through her PhD work, Marie-Line showed that the lifespans of the mRNAs coming from the X chromosome was significantly longer than for the autosomes in mammals, and that this was one way of balancing gene expression.

In flies, however, she demonstrated that this was not the case and went on to propose two new ways in which genes could be regulated through modulating the amount of time they are used in a cell before being degraded.

Flies are known to simply double the amount of mRNA they produce from their single X chromosome to solve both sex chromosome imbalances at once. This is orchestrated by a molecular machine made of five proteins and two specific RNAs. “Interestingly, these RNAs do not carry information to build proteins and are redundant in a way that deleting each one of them has no consequence while deleting both kills males” says Marie-Line Faucillion.

She investigated the individual roles of these RNAs and highlighted their differences, thus explaining why evolution did not discard any, even though only one of them is necessary for male survival.

Research at the Department of Molecular Biology

Our research encompasses many topics within microbiology and cell biology.