In pursuit of antibiotics from the depths of the sea

NEWS It is becoming increasingly difficult to cure infectious diseases as microorganisms have become resistant to existing drugs. This is why researchers at Umeå University and the University of Tromsø have joined forces in the search for new antibiotics in organisms which live under extreme conditions in the Norwegian Sea. 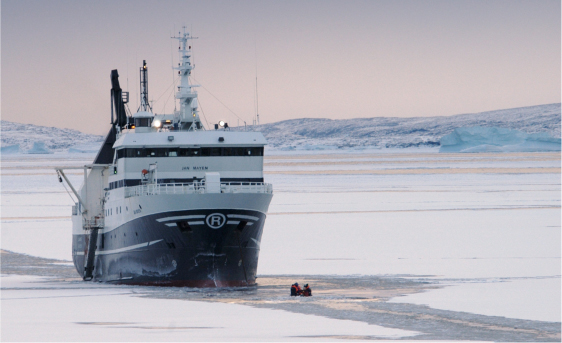 - We see this as a fantastic opportunity to study the unutilised resources existing in the Norwegian Sea. To be able to live there, these organisms have developed extremely special qualities and this is why we hope to be able to find unique antibiotics in them, Fredrik Almqvist, Professor of Organic Chemistry, says.
There are organisms in the Norwegian Sea which live under extreme conditions – they are called extremophiles. During large parts of the year, they live in water which is pitch-dark. When summer comes, they are reached by sunlight day and night. The salts and temperatures are also extremely special. Researchers will now study if the extremophiles contain molecules which can be used for new medicines against infectious diseases.

The Norwegian researchers collect extremophiles and then send extracts from the organisms to Umeå. – During the first stage, we are going to study cultivable microorganisms such as bacteria, fungi and algae but in principle, all organisms are of interest, Fredrik Almqvist says.
The test systems which are going to be used for studying the extracts from the natural products have existed for some time at the Umeå Centre for Microbial Research. The purpose is to study small but important molecules which can block the ability of microorganisms to cause infections. These molecules, in turn, can lead to the development of new future antibiotics. In addition, they are important research tools in the search for knowledge about infectious diseases.

The research project has been made possible due to a contribution of SEK 38 million from the Knut and Alice Wallenberg Foundation and a corresponding amount from the Norwegian Government.