NEWS For the last ten years Ingo Vetter has visited Detroit regularly for research, artistic production and to take extended photo series. Motor Show exhibition at Bildmuseet brings together a number of these series and assembles them around a central installation of car tires and ladders. 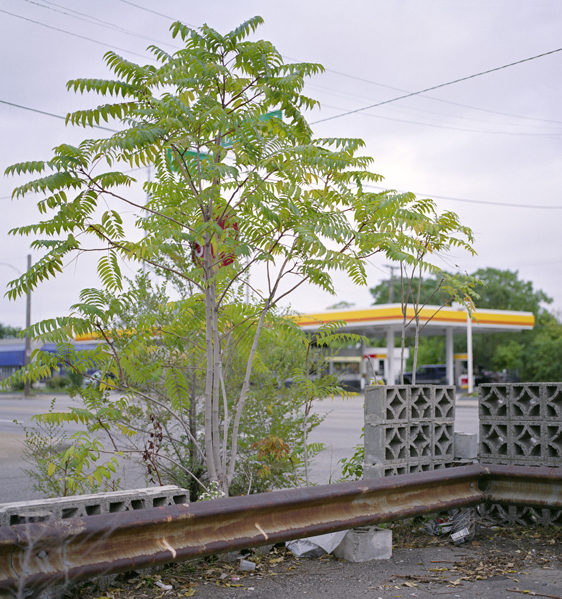 Detroit is shaped by the automobile and its industry like no other city, it is the Motor City. The car has come to represent everything from progress and desire to climate change and urban collapse, an irrational and emotionally charged metaphor much like Detroit itself: Rock City, Murder City, Renaissance City, City of Tomorrow are only a few of the names given to the city over the past four decades.

The latest eruption was the media coverage during the financial crisis, in which the fate of Detroit has been portrayed as synonymous with the whole of the United States. On the symbolic level, Detroit is a major concern, though few are interested in the actual situation of the city or its inhabitants.

Detroit is a dynamic place and mobility seems to be the keyword for this city. Developments are not taking only one direction. In Detroit, things often simultaneously tend to get better and worse. What one builds up, the other takes down, and as a result, the city is always in motion. The car is omnipresent, but has lost its progressive potential. But there is a demand of new metaphors and Motor Show proposes mobility, symbolized by people overcoming obstacles.

In 2005, Ingo Vetter, Annette Weisser and Mitch Cope founded the Detroit Tree of Heaven Woodshop. The Woodshop works exclusively with wood processed from the Tree of Heaven, a resource unfailing in Detroit. Also known as ghetto palm, this plant (Ailanthus altissima) populates abandoned lots and deserted factory sites all over Detroit. The wood is of poor quality by conventional standards, but the artists look at it as a post-industrial resource, and take advantage of its ubiquity. The Woodshop is set up as a loosely organized network of local specialists and develops art works and commissions for international museums and galleries. All frames, as well as other sculptural works in the exhibition, were specially produced by the Detroit Tree of Heaven Woodshop.

The exhibition is realized in collaboration with Iaspis and Umeå Academy of Fine Arts.
More information about the exhibition