NEWS Billions of people use the internet, which requires huge data centres and results in an enormous energy consumption. In her doctoral dissertation at Umeå University, Mina Sedaghat has developed techniques and algorithms to manage and schedule the resources in these large data centres at a lesser cost, more efficiently, more reliably and with a lower environmental impact. 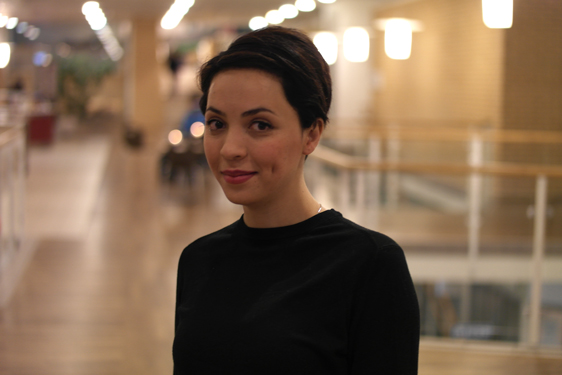 Korean pop-video, Gangnam Style, available on YouTube has had 2.5 billion viewers, which results in a power consumption of more than 400 GWh. If, in worst case, the electricity to serve such a demand is generated by diesel, it would mean that more than 250,000 tons of CO2 would be produced, which is equivalent to over 100,000 cars per year.

These examples are not uncommon. Millions of people are using different services such as Google, Facebook, Twitter, and Instagram, every day.  This increase in internet usage and the information generated by nearly one billion people entails large data centres with row after row of servers, requiring huge amount of space, electricity and cooling.

The dissertation introduces methods and techniques to efficiently use the servers in the data centres, so that load can be served with fewer resources.

What technology can be used?

“It could be optimised scheduling systems packing several software components into a few servers in a way that makes full use of processors, memory, bandwidth, network capacity and other resources. In this way, energy efficiency can be improved reducing the negative environmental impact, and at the same time reducing operational costs,” says Mina Sedaghat.

The research leading to Sedaghat’s dissertation has been conducted in collaboration with multiple people at Google Inc., Departments of Mathematics and Mathematical Statistics at Umeå University, and the Department of Communication Network at the Royal Institute of Technology (KTH) in Sweden.

Mina Sedaghat comes from Iran. She holds a Degree of Bachelor of Science in Computer Engineering from IAUM, Iran. She later completed her Master’s in Computer Science in Malaysia. Since September 2010, she has taken her doctoral studies at Umeå University under the tuition of Professor Erik Elmroth.

Read the digital publication of the dissertation

On Thursday 21 January, Mina Sedaghat, Department of Computing Science at Umeå University defends her dissertation with the title: Cluster Scheduling and Management for Large-Scale Compute Clouds.

The public defence of the dissertation takes place at 10:15 in Lecture Hall A, the Social Sciences Building.