NEWS Professor Martin Karplus, one of the three Nobel Laureates in Chemistry 2013, will visit Umeå University on Friday December 13 to give a lecture on his groundbreaking research. Thanks to the methods he started developing in the 1970s together with Michael Levitt and Arieh Warshel, today’s chemists can research in detail every little step in complicated chemical processes. 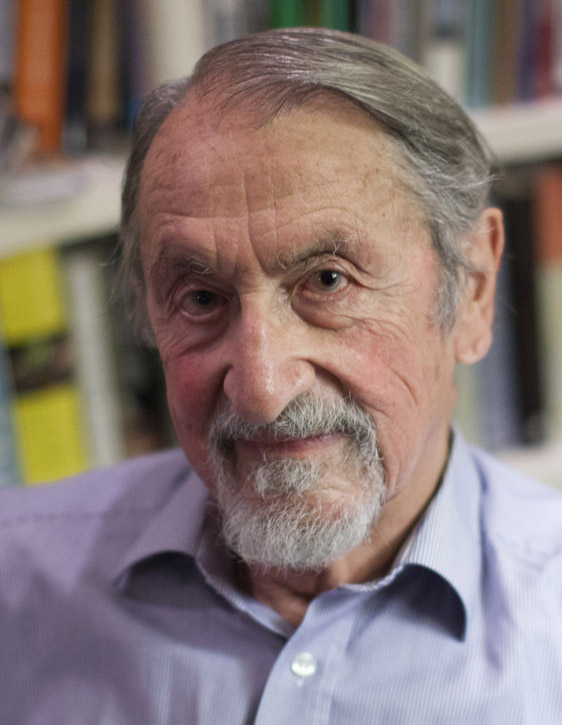 Chemists used to create models of molecules using plastic balls and sticks. Today, the modelling is carried out in computers with the help of powerful software and lifelike computer models. It has become possible to visualize chemical reactions at lightning speed, for example how photosynthesis happens in a plant or how a drug acts on its target protein in the human body.

Martin Karplus’, Michael Levitt’s and Arieh Warshel’s work was ground breaking because they were able to combine classical physics and quantum physics to develop methods to simulate chemical reactions with powerful computer programmes. Their discoveries are awarded the Nobel Prize in Chemistry 2013.

Martin Karplus’ visit to Umeå University directly after the Nobel festivities is due to the fact that one of his former research students, Kwangho Nam, now works as an Assistant Professor at Umeå University. Kwangho Nam was a post doctoral student in Karplus’ laboratory at Harvard University, Cambridge, USA, during 2006–2011.

– I was able to contact him quickly, because we are working closely together to finish-up several research projects that I initiated when I was in his lab, says Kwangho Nam. In fact, we have been communicating quite often in recent months.

The lecture is open to staff, student and the public. Note that seats are limited in Aula Nordica, so make sure to be in time to secure a seat.