NEWS Well-developed repositories and databases with patient data, connected to regular examinations using different imaging techniques, give Umeå University an advantage when it comes to research on the ageing of the brain and the development of dementia. Not only from a national perspective, but also an international. This according to Lars Nyberg, Professor of Neuroscience at Umeå University. 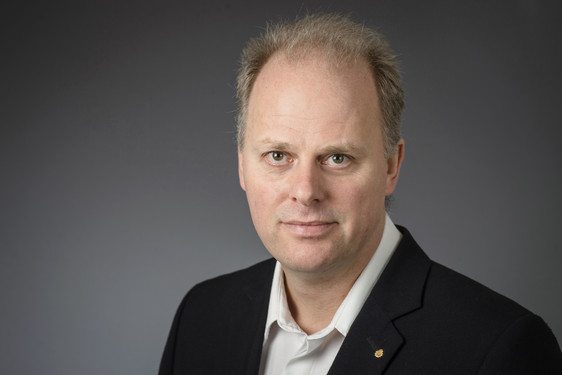 ”The information collected in the Betula Project over a period of 25 years enables long-term studies of individuals to identify risk factors for dementia and early preclinical signs of dementia; something that can hopefully contribute to further development of methods for treating dementia,” says Lars Nyberg.

The various registers and projects put forward by Lars Nyberg are among many the Betula Project as well as the Medical Biobank connected to health surveys in the region of Västerbotten, where data is regularly collected from healthy individuals from the age of 40 on life style factors such as weight, diet and alcohol consumption, but also about the level of education, income and previous illnesses. An important factor for many projects is the existence of the Swedish personal security numbers enabling researchers to follow individuals and carry on with data collection although patients move.

”There is still no efficient treatment or opportunity to prevent dementia, but in the past few years, we have accomplished a considerably better understanding of what makes some people keep their cognitive skills in old age when some do not. This helps us in our efforts of developing preventive measures and to provide well-founded recommendations about, for instance, diet, exercise and brain exercise.” says Lars Nyberg.

Populations in most countries are ageing, especially in the West, which leads to an increased burden of illnesses in the form of suffering and not in the least in the form of increased costs to society due to healthcare required. According to Lars Nyberg, it is vital to increase work efforts in this field combining health-related data with genetic analyses, various risk factors for dementia and additionally increase knowledge about the development of dementia, e.g. using brain imaging.

”Finding a cure for dementia is a task requiring resources, and it takes time. Plenty of patience is essential. Many factors are involved when it comes to how the brain and memory are retained with age. Regular exercise throughout life has been emphasized as a key factor. That is in itself very interesting as it ties together the brain’s development with many other illnesses where exercise habits are being discussed,” says Lars Nyberg.