Oxygen levels in the air do not limit plant productivity

NEWS There have been concerns that present oxygen levels may limit plant productivity. Researchers at Umeå University show that this is not the case in a new study published in the journal The Proceedings of the National Academy of Sciences (PNAS). The results are encouraging since they demonstrate that plans for future biomass and solar fuels production are not limited by this effect. 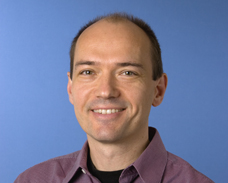 Do increased oxygen levels limit oxygen production by photosynthesis? Is this unique process adapted to the low oxygen levels that existed when photosynthesis evolved nearly three billion years ago? These questions have generated vivid discussions in the academic world. Now Umeå researchers together with colleagues at the University of Osnabrueck, Germany, can settle the debate. Increased levels of oxygen in the air do not directly inhibit photosynthesis.
“If photosynthetic productivity was directly inhibited by increased oxygen levels it would have severe consequences. It would limit the plans to use biomass and artificial photosynthesis as future means to produce fuel in a sustainable way, since more photosynthesis by plants, photosynthetic bacteria and artificial catalysts would lead to more oxygen, especially locally within bioreactors or artificial devices” says Johannes Messinger, professor at the Department of Chemistry at Umeå University.

In the present study, the researchers employed a mass spectrometric technique together with isotopic water (H218O) to probe the effect of increased concentrations of oxygen on the mechanism of water splitting. Water splitting is a complicated reaction which takes place in a large protein complex, called photosystem 2. The absorbed light energy is used to split two water molecules at a time into one molecule of molecular oxygen and four protons.
“We increased the oxygen pressure up to 50 times over ambient conditions. This did not lead to a block of oxygen evolution from water by photosystem 2,” says Johannes Messinger.

Researchers at Umeå University’s Solar Fuels Environment as well as other researchers worldwide are trying to unravel all required details from the photosynthesis. Their goal is to be able to build manmade devices that, by employing the same principles as photosynthesis, are able to store solar energy in fuels such as hydrogen or ethanol.

Photosynthesis by plants and certain bacteria uses the energy of sunlight to split water into molecular oxygen, and to reduce carbon dioxide to the carbohydrates we eat. This process evolved about 2-3 billion years ago, and has been the basis for life as we know it. Basically all the oxygen in the Earth’s atmosphere was generated in this way and also most of the biomass, from which parts converted by geological processes into coal, oil and natural gas.