Pathogenic bacteria train their defence in lakes and oceans 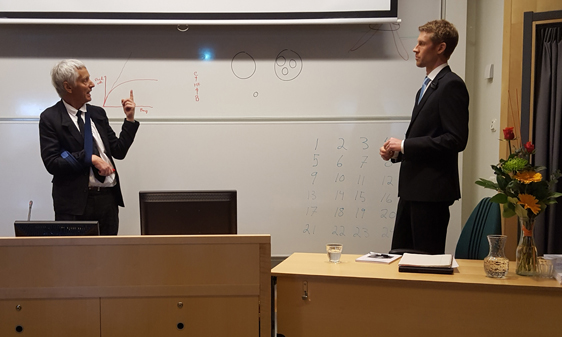 Pathogenic bacteria have special ways of defending themselves against predators – they can survive inside the cells of the host animal and thereby spread the disease. An example of such a bacteria is Francisella tularensis, which causes the disease tularaemia among mammals. Francisella tularensis is not only found within the infected cells of mammals, it can also be found in lake water.

When a mammal is infected by a pathogenic bacteria the immune system is triggered, and so called macrophages mobilise to engulf the infecting bacteria. Some bacteria are resistant to the macrophage’s attempts to dissolve the bacteria, and can survive, replicate and cause the disease in the animal.

In aquatic environments it is instead protozoa – tiny, single-celled organisms – that are the bacteria’s enemy number one. Normally the bacteria die when engulfed by the protozoa, but some particularly resistant types of bacteria can survive inside the protozoan cell. A strategy which strongly reminds of how they survive inside the body of a mammal. Peter Mathisen points out some important, earlier unknown links between pathogenic bacteria, the aquatic environment and the environmental status of waters.

In experiments, Peter Mathisen exposed common marine bacteria from the Gulf of Bothnia to protozoa. He was able to show that the predation resistance of the bacteria community increased when exposed to the predator. His results indicate that lakes and oceans act as “gyms” for the pathogenic bacteria, where the presence of protozoa train their defence mechanisms. The results are relevant for assessment of aquatic environments at risk for spreading pathogenic bacteria, in which the aquatic environments seem to be far more important in this respect than was earlier known.

Link to the doctoral thesis