Pharmacists in care teams improve care for patients with dementia

NEWS Problems related to elderly patients’ medical drug treatments are widespread and commonly result in hospital admissions for people with dementia. New research shows that including clinical pharmacists in health care teams might improve the quality and safety of patient care and halve the risk of drug-related hospital readmissions. This according to a dissertation at Umeå University in Sweden. 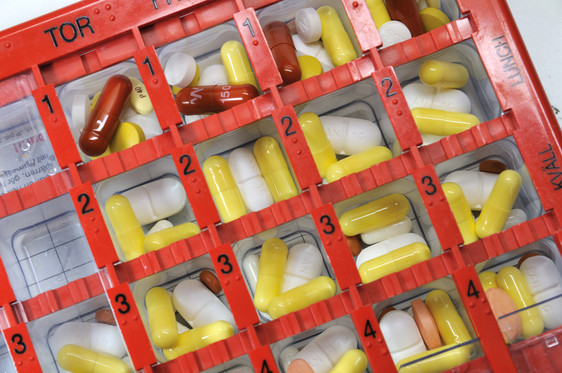 Doctoral student and clinical pharmacist Maria Gustafsson at the Department of Community Medicine and Rehabilitation at Umeå University has carried out a randomised, controlled trial in the northern Swedish county Västerbotten among 460 people from 65 years and above suffering from dementia or cognitive impairment. The participants had, at some point between 2012 and 2015, been admitted to internal medicine and orthopaedic wards at two hospitals in northern Sweden.

“When analysing all patient causes of the original admission, before the study intervention was performed, we found that as many as 41 per cent of all admissions were related to medication events. The most common problem is adverse drug reaction, but also excessively high dosage and noncompliance is unfortunately common,” says Maria Gustafsson.

The study was based on an intervention, where clinical pharmacists participated in health care teams and controlled if individual patients’ drug lists were correct and complete. They also performed comprehensive analyses of all the drugs a patient was taking and suggested potential improvements to the physician in charge as well as initiated discussions in the health care team.

“The results after the intervention showed that clinical pharmacists’ participation in health care teams reduced the risk of drug-related hospital readmissions by half during the follow-up time of 180 days,” says Maria Gustafsson.

In patient groups with heart failure, no effect of the pharmacist intervention was observed. For the group as a whole, the intervention also reduced the risk of early drug-related hospital readmissions, i.e. those within 30 days.

The study also showed that antipsychotic and other psychotropic drugs were common among people with dementia in specialised care units. The drugs were also used for long periods of time, which is inconsistent with prevailing treatment guidelines.

According to the study, there is a link between several behavioural and psychological symptoms of dementia, such as aggressive behaviour, and widespread prescribing of antipsychotics and other psychotropic substances. This indicates that psychotropics are sometimes used to treat symptoms among people with dementia, despite known risks of adverse effects and limited research evidence supporting the treatment’s efficacy.

“Drug treatment-related problems in elderly people with dementia are very common and more work is needed in order to prevent, identify and treat these problems in this part of the population,” says Maria Gustafsson.

Maria Gustafsson is from Piteå in north Sweden. In addition to her doctoral studies, Maria works as a clinical pharmacist at Läkemedelscentrum at the University Hospital of Umeå as well as lecturer at the Department of Pharmacology and Clinical Neuroscience.

About the public defense of the dissertation: