Pike cause speciation in northern lakes

NEWS Can the fear of dangerous pike cause the whitefish in our large lakes to start dividing into different species? A new study by researchers at Umeå University and Swedish University of Agricultural Sciences, SLU, suggests this. The findings are published in Evolution Letters. 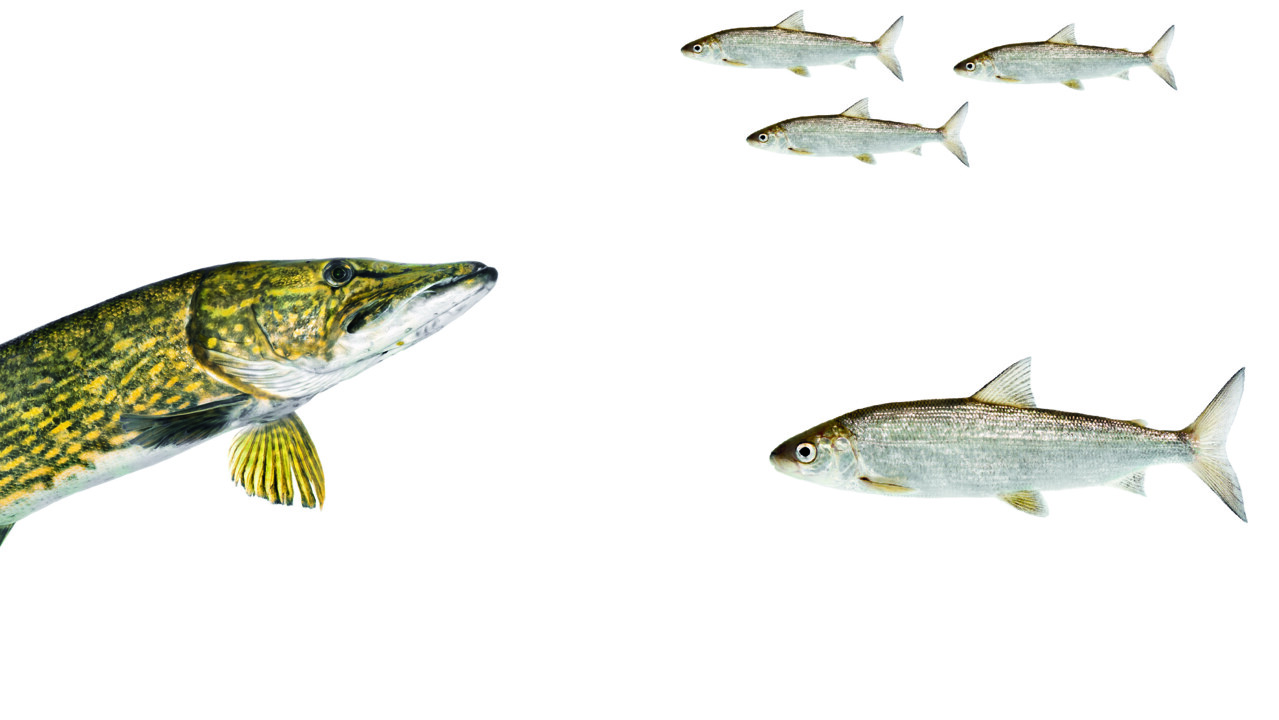 “By studying whitefish in a large number of lakes and gathering knowledge from local fishermen, we have been able to map the environmental factors that lead to the whitefish dividing into different "sibling species" in the same lake” says Göran Englund, professor at the Department of Ecology and Environmental Science at Umeå University.

It has long been known that species such as whitefish and trout can divide into local forms that have different lifestyles and eat different types of food, even though they live in the same lake. Since these forms often end up having common offspring, the phenomenon is usually seen as a fascinating example of how the formation of new species can be initiated.
The phenomenon has been studied intensively for several decades, but it has proved difficult to answer the question of how the siblings occur.

“One problem has been that there were too few lakes where it is known whether the whitefish is divided or not, which has made it difficult to easily compare these groups of lakes to understand what environmental factors are behind. Another thing is that they have mainly studied lakes where the division has been going on for quite some time. This has made it difficult to calculate which characteristics of the sibling species were important for the division and which emerged only after the populations became isolated from each other” says Gunnar Öhlund, researcher at SLU in Umeå.

To try to solve the problems, researchers have focused on lakes in the inland of Norrland, where Swedish researchers have already documented many lakes with divided whitefish during the mid-20th century. By inventing an additional large number of lakes with both young and old whitefish populations, the researchers behind the study believe that they have now found the solution of the puzzle.

“Our data shows that it is the pike that drives the species formation process and the key seems to be that it increases the size variation in the fish population. When there are pike, many whitefish will stay away and grow quite poorly in those parts of the lakes where there are few pike. Other individuals can succeed in reaching a safe size in the food-rich parts of the lake where there are many pike, and once they have done so, they can continue to grow properly. In this way, the pike gives rise to "dwarves" and "giants" in the whitefish population, and it then seems to initiate the ongoing species formation process” says Gunnar Öhlund.

The study, funded by FORMAS, the Swedish Research Council and the Göran Gustafsson Foundation for Nature and Environment in Lapland, is published in the scientific journal Evolution Letters.

Press photo
Caption: Great whitefish and dwarf whitefish from Rissjön, Åsele. The whitefish was introduced in 1925 and the division into two types was observed in the 1960s. Photo: Göran Englund