She wants to explore the mysteries of life

NEWS Astrobiologists are looking for the origins of life and are trying to understand how life has developed and its potential to survive and evolve – here on Earth or elsewhere. "It's very exciting!", says microbiologist and astrobiologist Natuschka Lee, who has been employed as a researcher at Department of Ecology and Environmental Science since the autumn of 2015. 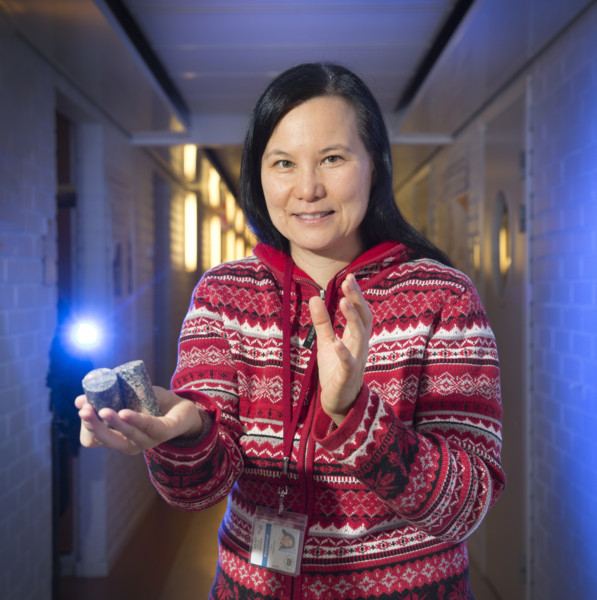 Natuschka Lee, researcher at the Department of Ecology and Environmental Sciences.

In her office cluttered with boxes with miscellaneous samples such as meteorites, tardigrades, square bacteria, subterranean biofilms and stone-age water samples from the Baltic Sea, she relates with passion and commitment of her fascination for life on Earth and in the outer space, and of how she was philosophising already as a little girl in Skåne: Who are we? Where do we come from? What is our place on Earth?

"I think these are existential issues that really interest everyone, regardless of whether you are religiously inclined or an atheist," says Natuschka Lee.

Astrobiology constitutes an entirely new field of research at Umeå University. The research is multidisciplinary and brings together the disciplines of geology, biology, chemistry, physics, astronomy and biotechnology in a new way with the issue of the evolution of life and a sustainable future in the universe as a common denominator.

Research within astrology started in the United States in the 1950s and has subsequently spread to the rest of the world and has become even more important in recent times. It had its breakthrough in science when special microorganisms were discovered on Earth, the so-called extremophiles, which can live in surprisingly extreme conditions, e.g. in hot springs, deep oceans, in Antarctica or deep down in caves and in the subterranean world.

"These are tough, hostile habitats that can be cold, dark, oxygen-depleted, sulphur-rich and toxic. Nevertheless, microscopic life thrives here, living without sunlight and without traditional organic material for food. Because the ecosystems are so isolated, they have had a different kind of evolution separated from us on above ground," says Natuschka Lee.

Consequently, Natuschka's own research on micro-organisms has taken her to many exciting places. In the style of Indiana-Jones, she has searched for extremophiles in quite different and exciting ecosystems around the world, even in the subterranean world.

What do extremophiles have to do with life in space and astronomy research?

"They are interesting to study because they evolve in environments similar to those we presume were on Earth during the early stages of development or could at least exist on some other cosmic objects, for example on Mars or some of the icy moons of Jupiter or Saturn.

The question, however, is whether it is right to use our definition of life on our planet as a benchmark for the rest of the universe and its entire history. Obviously, this seems to be the most logical approach, but Natuschka Lee thinks that, despite everything, we should perhaps think more about whether our definition of life is too narrow.

"In a manner of speaking, it is actually we ourselves who have decided to define that the smallest and simplest forms of life must consist of one or more cells. Thus, some scholars regard other attempts at defining define life on our Earth, such as the Gaia theories that try look at the whole earth as an organism or pantheism in general, as less serious.

Is it possible to find something constructive between these opposing hypotheses? What about viruses? And how should we look at death – in some respects, from a purely biological aspect, it is actually a prerequisite for the further development of life, at least in certain contexts.

"Perhaps a biological Copernicus and Kepler-like paradigm shift with new ways of thinking about what life and death are from a wider perspective are needed."

Natuschka Lee also argues that there is another area that we know too little about and which could have a major significance for the further development of our current worldview. The systems become increasingly complex for higher forms of life.

However, it follows fundamental issues such as: When did consciousness occur? What is intelligence and creativity? What are dreams, imagination and intuition? In this context, astrobiology invites the humanistic sciences to take part in this discussion because today's astrobiology primarily focuses in more detail on molecular processes and can thus lose sight of the larger perspective.

"This opens up towards a new fascinating system science, including even philosophical issues and I believe that it will become an increasingly important area within astrobiology in the future. 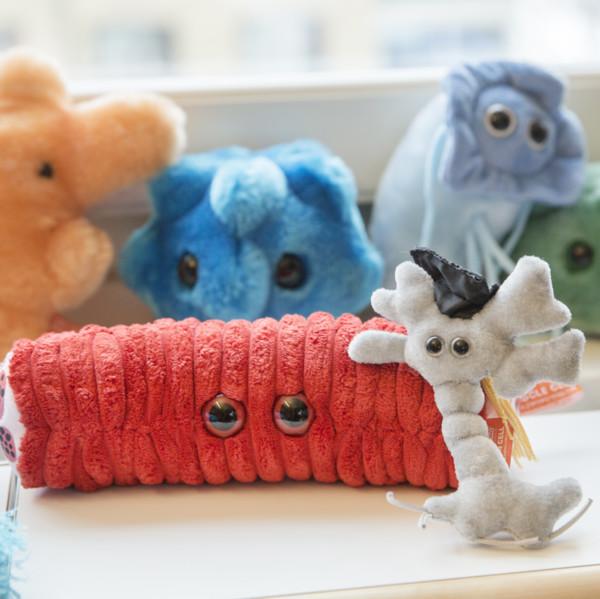 At Umevatoriet, Natuschka Lee gets the opportunity to tell us about her research in a pedagogically efficient way, preferably with the help of soft ice bacteria.

Natuschka Lee has the same passionate interest for arousing interest in science in others and for building bridges between different fields of research as she has for her own research. Thus, from an educational point of view, astrobiology is a good tool for presenting all the different scientific disciplines. Together with Umevatoriet in Umeå and KBC at Umeå University, she is currently arranging a series of lectures with space, astrobiology and ecology on our own Earth as its theme.

"The first lecture went really well! Scottish professor Charles Cockell – one of Europe's leading researchers in astrobiology and geobiology – obtained many questions by a mixed audience consisting of both adults and children. Several people came up and asked me if there will be other arrangements," says Natuschka Lee.

And there will be. The lectures constitute the start of a series of upcoming events for the public around the theme of space and Earth from an interdisciplinary perspective, consisting of lectures, exhibitions, expeditions to meteorite impact sites and one of Sweden's first space hiking trails with stations that tell the story of the universe and life.

Natuschka Lee grew up in Skåne. She completed the natural science program at high School in Malmö. In 1990 she received a bachelor's degree in biology and received her doctorate in environmental biotechnology at the University of Lund in 1996. Her early research concerned biological water purification using micro-organisms and micro-fauna. In 1997 she received a two-year STINT grant as a postdoctoral researcher at the University of Aalborg in Denmark and the Technical University of Munich, Germany. There she worked with special radioactive analysis techniques in order to microscope the activity and physiology of microbes in the environment. She then received a two-year Alexander Humboldt post-doctoral grant in order to specialise in molecular ecology and microbiological bioinformatics in Munich. She remained there for another fifteen years researching within ecological microbiology and geomicrobiology/astro microbiology. She moved to Umeå in the fall of 2015.