NEWS Working with researchers in the US and Germany, Johannes Messinger at Umeå University is opening new avenues to understand photosynthesis and create artificial photosynthesis. Using x-ray analysis, they have managed to see the structure of molecules under conditions where photosynthesis can occur, and they have also found that calcium plays a critical role in decomposing water.

The solar energy reaching the earth is 5,000 times greater than all energy consumption in the world. To be able to exploit this source of energy and store it would help solve humans’ more and more acute energy problems. 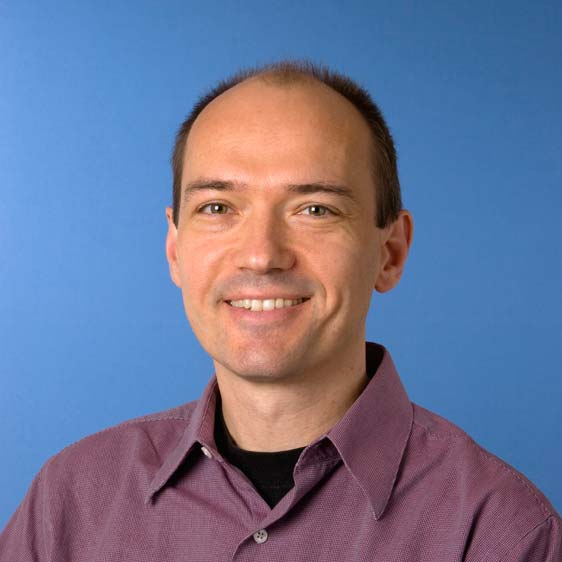 Two major research projects at Umeå University are devoted to developing artificial photosynthesis by imitating plants’ extremely successful way of making use of energy from the sun. Both projects (“solar fuels” and “artificial leaf”) are directed by Johannes Messinger, a professor at the Department of Chemistry, Umeå University.

To be able to create an “artificial leaf,” researchers need to study the ingenious system that plants have used for millions of years on earth. We need to answer two crucial questions: What molecules are necessary to break down water in plant photosynthesis? What is their role, that is, how do they function and when?

In collaboration with American and German colleagues (there are a total of 36 authors of the publication), Johannes Messinger has devised a tool to investigate plant photosynthesis systems while they are active. Using ultra-short x-ray flashes, they have succeeded in performing structural analyses of isolated photosynthesis molecules from plant photosystem II at room temperature. The movement of the atoms was registered for a period of 50 femtoseconds (10-15 seconds). The equipment used, an x-ray free-electron laser, is located at Stanford University in the US.

Normally the structure of molecules is determined by using x-ray flashes in frozen samples. But because the x-ray flashes used in this experiment are so brief, they do not last long enough to disrupt the photosystem during measurement. This opens new possibilities of discovering structures and studying how the system reacts in the leaf under natural conditions when they are actively carrying out photosynthesis.

“Our objective is to study how oxygen atoms form a bridge to create oxygen molecules when water is broken down. Until now, it has been impossible to study this phase of photosynthesis in detail,” says Johannes Messinger.

In his efforts to construct an artificial leaf that can convert water to hydrogen and oxygen, the Umeå scientist, together with collaborative partners at the Max Planck Institute for Bioinorganic Chemistry, have discovered another building block. It is already known that calcium ions are involved in decomposing water and that a system that has no calcium cannot produce oxygen. But the researchers now wanted to find out whether calcium is necessary to keep the structure of the photosystem stable (especially manganese ions) or whether calcium is needed in the reaction itself.

The research team managed to remove the calcium ions from the whole molecule complex and then study the structure using EPR spectroscopy, electron paramagnetic resonance.

“We could see that the molecule complex, which consists of four manganese ions held together by five oxygen atoms, did not change its structure after we had removed the calcium ions. This indicates that calcium must play an extremely important role in the water decomposition reaction,” says Johannes Messinger.

The new research findings are now being published in two highly prestigious journals. Proceedings of the National Academy of Sciences is publishing the major advances in ultra-rapid x-ray studies, and in Journal of Biological Chemistry, Johannes Messinger is a co-author of the article on the role of calcium in photosynthesis.