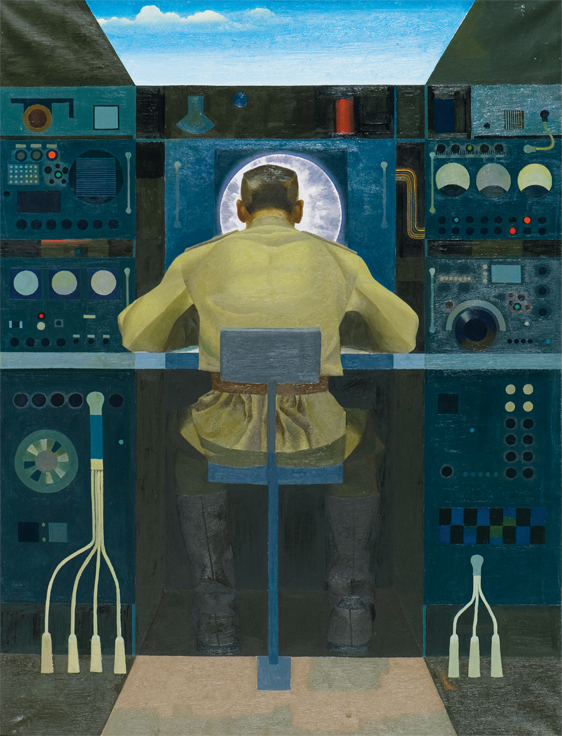 The exhibition is opened by Director Katarina Pierre on Sunday February 27, at 14:00. Curator Elita Ansone, Latvian National Museum of Art in Riga, gives a lecture at 15:00, Socialist Realism as Instrument for Constructing Communism.
The exhibition Daniel Canogar / Quadratura opens the same day

Soviet Mythology in Latvian Art is an exhibition of paintings and sculptures from the period 1945-1985. It focuses on socialist realism as an art movement shaped by ideology and as a part of the Soviet political programme. Art was strictly regulated and the job of the artist was to articulate the ideals of communism. The myths that were formulated were about the happy Soviet society and the sense of duty, diligence and bravery of the Soviet people.

Soviet Mythology in Latvian Art is produced by Bildmuseet in collaboration with the Latvian National Museum of Art in Riga, Latvia. Curated by Elita Ansone.

Program in connection with the exhibition

SUN 3/2 AT 14:00
The Ideological Significance of the Totalitarian AestheticsLecture by Lena Berggren, Historian at Umeå University.
Language: Swedish

SUN 24/3 AT 14:00
Art Criticism in Soviet Latvia
Lecture by Stella Pelše, Senior Researcher, Institute of Art History at the Latvian Academy of Art