NEWS Professor Leonel Pessoa represents the the São Paulo Law School of the Getulio Vargas Foundation (FGV Direito SP), Brazil, in the FairTax project. He has a long experience of working with the Brazilian tax system, both as a teacher, researcher and a judge. 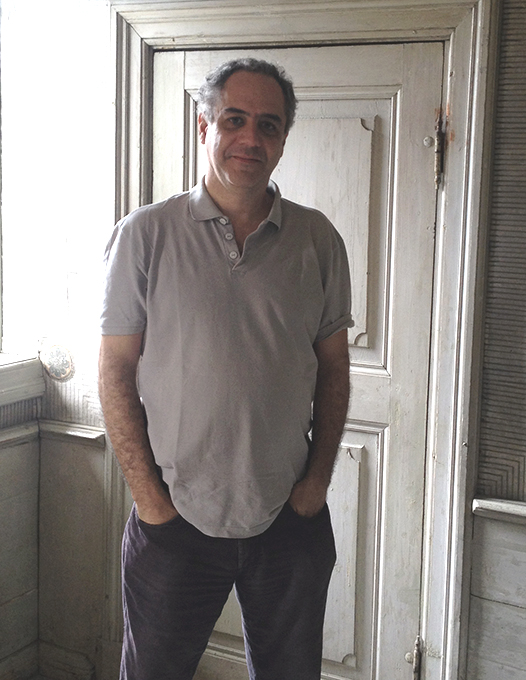 “At the FGV Direito, I teach at the Professional Master's Programme in Business Law, Tax Law and Public Law. For four years in a row, The Financial Times has listed the programme as one of the most innovative in the world. I have studied Law and Philosophy at the University of São Paulo, and I have been a visiting scholar both at the New School for Social Research, New York, and at the Università Commerciale Luigi Bocconi, Milan. For 6 years, I have also been working as a judge at the Administrative State Court of of São Paulo.”

It was through the Law and Society Association’s (LSA) Annual Meetings that Leonel Pessoa became part of the FairTax project.
“I’ve attended the LSA Meeting several times, since Berlin-2007. At those meetings I got to know Åsa Gunnarsson (coordinator of FairTax). A day before the 2012 LSA meeting in Hawaii, I attended a workshop entitled ‘Applying Feminist Principles to Tax, Benefit and Budgetary Policies’ that was organized by, among other people, Åsa. At the workshop I got to know her work on taxation and gender, and we talked about her doctoral thesis and her interest in distributive justice that was very close to mine. Her ability to make things happen and coordinate everything is what brought me to the FairTax project.”

“I have three main areas of interest in my research. The first one is taxation of non-profit organizations. I am part of a group of researchers at FGV Direito SP that tries to find ways to improve the regulatory framework of the non-profits, especially those that act in defense of human rights. We have recently finished a research study for the Federal Government proposing conditions for the simplification of the taxation of non-profits. Part of our proposal were incorporated into a recent Government Bill that amended the law that states simplified tax conditions for small business.” Leonel Pessoa continues.

“My second area of interest is tax justice and distributive justice. Brazil is a country with great social inequality. Although it has decreased recently, income inequality in Brazil remains one of the largest in the world. In our country, the income earned by the richest 1% of the population is equal to income earned by the poorest 50%. If we compare this to other countries we can see that, of the countries for which data is available, 95% have lower concentrations of wealth than Brazil. While the economic inequality has been studied for some time, the discussion about how to face it, in terms of tax policies, is not a real issue in Brazil. Tax justice is not a recurring theme in Brazilian research and it is not a topic in the public sphere debates.”

ICMS (Imposto Sobre Circulacao de Mercadorias e Servicos) is a value-added tax on the transfer of goods and services between states in Brazil, and is one of the most common taxes in Brazil.
“When the tax system is discussed in the public sphere in Brazil, it is usually discussed in terms of its efficiency. This is probably because Brazil has great efficiency problems in the tax system, and the most serious of these problems regards the ICMS. As I said, I am a judge at the São Paulo State Court. This court judges the most important cases regarding the ICMS. Brazil has not equated taxation on interstate transactions in a satisfactory way and does not have a regional development policy. For this reason, the Brazilian states compete in a very harmful way, and the ICMS creates what we in Brazil call the ‘fiscal war’. There are also other bad indicators regarding the ICMS. According to the World Bank, the time required per company to pay taxes in Brazil is 2,600 hours per year. This gives the country position 150th in the Bank’s ‘doing business’ ranking, among the 183 economies surveyed. Of this time, about half is spent to handle the ICMS. The value-added tax and its problems in Brazil is my third area of interest.”

“The research I conduct in connection to FairTax regards the ICMS. As I said, there is a fiscal war going on between the states that must be faced first of all. In addition to the question of equalizing charges and revenues (vertical equalization), all Brazilian states face the question of how to reduce inequalities between the states (horizontal equalization). What are the particularities of Brazil in respect to these problems? My starting point is the diagnosis made by the Brazilian professor Fernando Rezende. According to him the Brazilian imbalance when it comes to the distribution of resources in the federation dates back to the military regime, and it worsened with the 1988 Constitution. With the new Carta Magna, on the one hand the states have lost revenue to the municipalities, and on the other hand many social rights and principles were ensured in the constitutional text and great rigidity was created in respect of state and municipal budgets. In my research I try to point out the link between this fiscal federalism issue and the “ICMS fiscal war’ we have in Brazil. I am analysing this problem, its consequences, its relation to distributive justice and the possible alternatives to finish the war.”