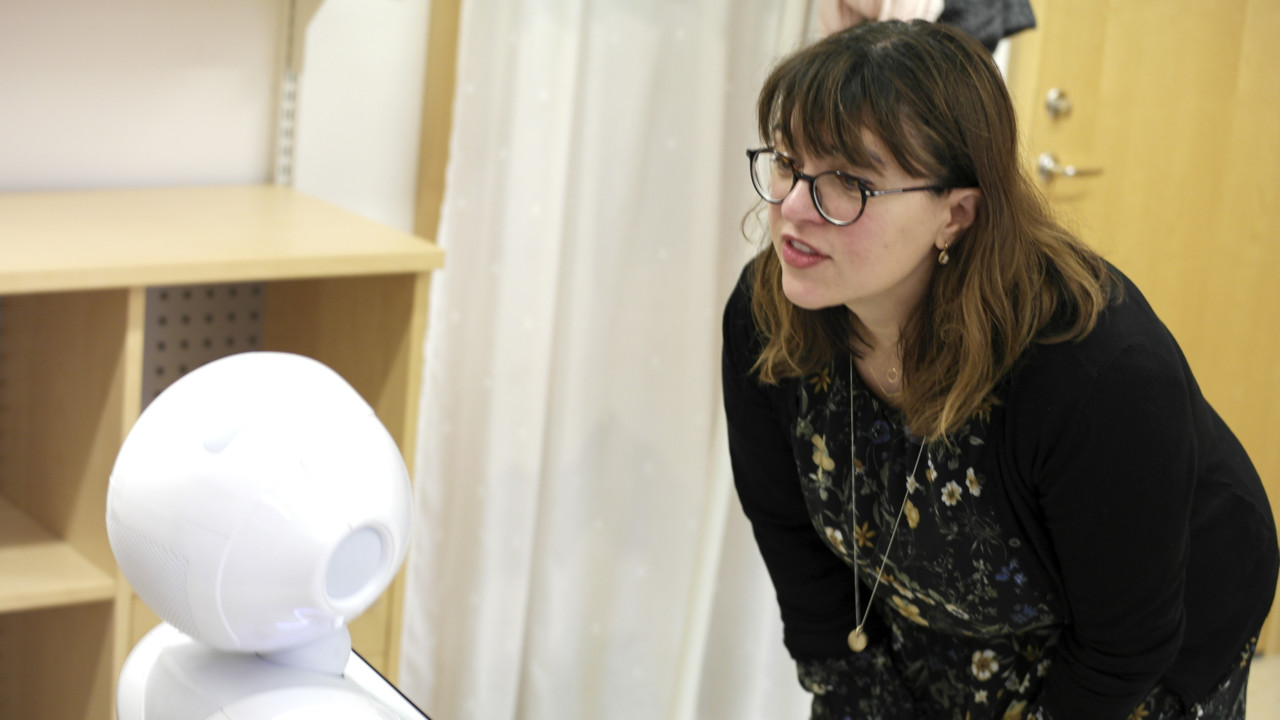 In the Socrates Project, social robots are developed for the care of the elderly. Suna Bensch is one of the researchers in the project.

"My focus is to formalise aspects of natural language communication. Formalisation helps us understanding why and how communication works among humans. Based on this we can develop computational models that can be implemented on social robots so that they are able to make conversation with humans," says Suna Bensch.

Robotics is a well-investigated research field, but talking social robots is a fairly new field – currently more and more in focus. 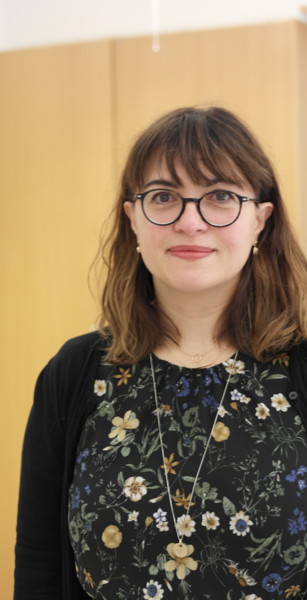 Suna Bensch grew up in Ludwigshafen in southern Germany. She studied at the University of Potsdam and earned a Master's degree in Computational Linguistics. Her PhD is in Theoretical Computer Science.
She became interested in further investigating how human communication works. Suna Bensch ended up in Umeå after getting a postdoc position at the Department of Computer Science in 2009.

"I remember looking at the map and thinking how far north Umeå is. I went to an outdoor store and bought winter outdoor clothes because Umeå had to be cold. But I was wearing far too warm clothing when I came for the interview," says Suna Bensch.

She continues:
"I got the position and it was very nice to come to Umeå. I liked the city from the first moment; a relatively small and welcoming city".

Suna Bensch works in two research groups. Foundation of Language Processing and Intelligent Robotics. After her post-doctoral time, Suna Bensch remained at the department as a researcher and in 2011 succeeded in obtaining research funding from Vinnova. She has also had time to be on maternity leave with her son.

Formalising language means understanding why and how communication works among people.

Today, robots are primarily to be found in industry. However, these robots are not social but perform simple mechanical tasks.

Elsewhere in the world in places like Japan, China and Korea, social robots "are working" in shops where they welcome guests and provide customers with information. There are robots at the reception in hotel chains performing simple chores.

Soon there may be social robots living with and working alongside humans. Developing robots that can communicate is part of the strategic Research Agenda for Robotics in Europe. In line with this, the EU has started the Socrates project, which develops social robots for elder care. The four-year project is led by the Department of Computer Science at Umeå University and fifteen graduate students from all over the world have been recruited.

"The robots will not replace humans in care, but they will support and provide service to us and interact with patients by our standards, our terms. Using natural language, we will be able to tell them what we want and need. We may want the robot to "clean up" or "make coffee" but we may also want a companion assissting us to achieve our goals or tasks".

What is the biggest challenge?

Suna Bensch is also working with conversational norms. It is about issues like the fact that we do not usually lie to each other, that we do not give too much or too little information and that we provide relevant information. 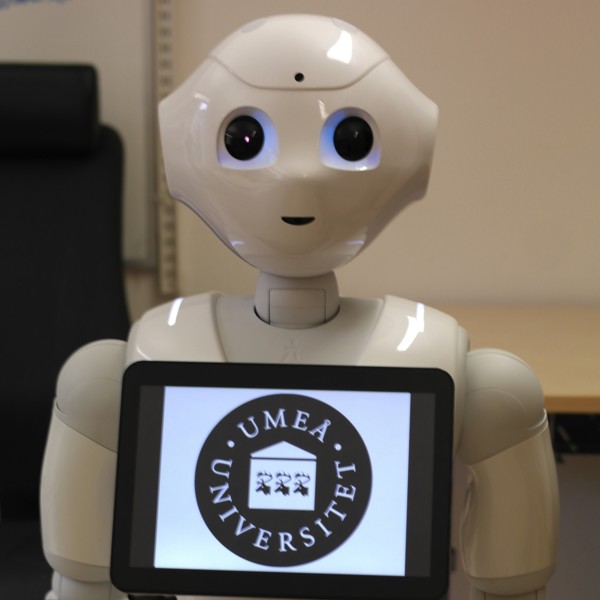 "Do the same standards for humans apply to robots, e.g. should they be allowed to interrupt us?"

The Department of Computer Science has purchased its first social robot to be used in the project. It has big eyes, but is more like a machine than a human.

What will social robots look in the future?

"That's hard to say. Studies show that humans are more comfortable with anthropomorphic than with machine-like robots. At the same time, we become uncomfortable if they are too anthropomorphic. I myself would prefer to know with certainty that I am interacting with a robot."

About the Socrates Project:

The Socrates (Social Cognitive Robotics in The European Society) Project will last for a period of four years and has a total funding of EURO 3.9 million. The project is part of the Marie Sklodowska-Curie programme within the European Horizon 2020 initiative.