The poorest people in Laos do not serve on Indigenous tourism

NEWS Many argue that international tourism can provide developing countries with new resources and assist poor people to create a better future. Saithong Phommavong at Umeå University has shown that in Laos the poorest and most women are prevented from working in indigenous tourism. 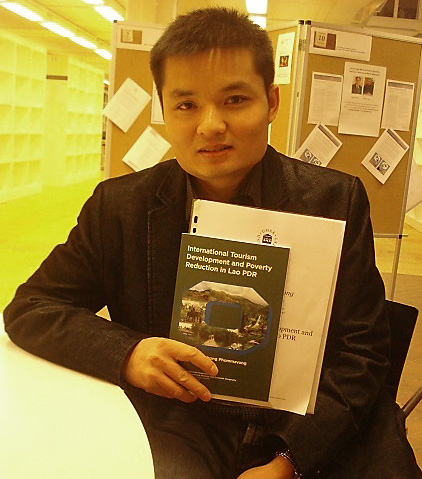 Fighting poverty through tourism is often portrayed as a future solution for many low-income countries. Previous research has shown that the poor can benefit from tourism, but it is usually the rich who make the big profits. In his thesis Saithong Phommavong at Umeå University studied whether and how international tourism reduces poverty in Laos, a country in transition between planned and market economy. He has studied national and regional tourism strategies in Luangnamtha and Champasak from 1990 to 2010, and conducted fieldwork in two provinces in 2008-2010.

The results show that efforts by local authorities and initiatives of villagers could lead to promising investment in indigenous tourism, and provide an alternative way to reduce poverty in the country. But in these ventures the poorest of the poor and  women are excluded.

A successful indigenous tourism usually requires a "unique culture" on the destination. For tourists who are interested in ethnic minorities, it is also important that villages and communities are quite isolated, and that residents continue to live in the traditional way. This includes the exercise of Lieng Phi - a sacrificial ceremony to Nature Animated - which according to old traditions should be performed by men. According to Saithong Phommavong  this sort of cultural conservation may to some extent lead to poverty, as improved living conditions would wipe out the coveted authenticity.

A political party and social movements still means a lot for tourism development and poverty reduction in Laos. Saithong Phommavong shows that tourism will develop better and faster poverty reduction in villages where leaders are members of a political party. Even the village women's organization is a national movement that helps women to be selected and participate in tourism investment.