NEWS Umeå Institute of Design has been ranked number one in the world for transportation design education by Car Design News. 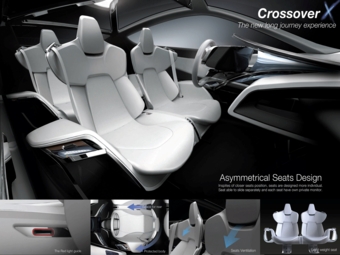 Car Design News bases its statistics on the number of awards that the schools have received. London Royal College of Art has by far the highest number of awards (25) versus Umeå Institute of Design’s seven prices. The London design education programme is much larger than the Umeå University design education in volume. But the Umeå Institute of Design has the best index, calculated as the achievement of students in the competition relative to the number that became finalists.

"We already know that we have very talented students but it is of course very satisfying for them and for the institute to get this this acknowledgment," says Tapio Alakörkkö, head of Umeå Institute of Design, about the positive news. "Students’ participation in various competitions is also one of our key channels for showcasing our world-leading education.

The index has been calculated for the period from 2007 and onwards. 307 students, both undergraduate and master students, from 66 design schools were included.

Photo above: Kosin Voravattayagon was named Student Designer of the Year by the magazine Interior Motives in 2010 – and also won the following year, both times praised for interior production.