Umeå Institute of Design ranked no 1 in the world – again

NEWS For the second year in a row, Umeå Institute of Design is listed number one on the two top ranking institutes for product design educations in the world – Red Dot and iF. Landing a world-leading position yet again opens up for new collaborations with global organisations and corporations, at the same time as it further lifts student recruitment. 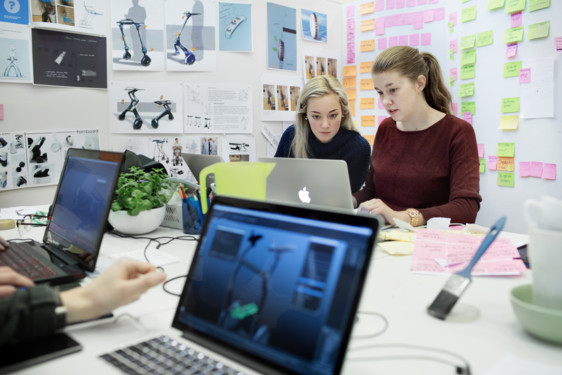 Johan Redström, rector of Umeå Institute of Design at Umeå University in the north of Sweden, about how the Institute manages to make an impression in the global field of design:

“To us, design is so much more than just knowledge and expertise, it’s also about commitment to the world around us, an ability to put know-how into practice in various contexts, and create collaborations with others. In our educations, we hence work consistently with the surrounding society, with various organisations and corporations. The news about these rankings is a confirmation that our work has an effect also on others, and that we actually make a difference, not only in Sweden.

The rankings build upon the overall quality of student projects over the last year, and resemble a direct reflection of the diligent work carried out in labs and workshops around the Institute. Umeå Institute of Design’s focus on building creative learning environments, to establish strong bonds with the industry, and to take on relevant societal problems has helped it establish a clear profile. An identity has developed that can be recognised in the students’ design style and in the designing of new products – where the user’s needs always comes first.

Akansha Aggarwal from India is taking her final year of the Master’s in Interaction Design. According to her, the secret behind the Institute’s success is collaboration, prestigelessness and an emphasis on solving real-life problems.

“The Institute in Umeå is fairly small, which helps us students bond into a family. If you find yourself stuck on a problem, you can turn to others for feedback and advice. There’s no bad blood or disloyal competition. I believe that’s a recipe for faster development. And also, when you’ve finalised your design, it’s likely to be more accomplished as its passed a larger number of scrutinising eyes. In the end, this helps in achieving a better product for the end user,” says Akansha Aggarwal.

More about iF ranking