Umeå researchers behind new book on rape in crime stories

NEWS Stieg Larsson’s novel character Lisbeth Salander stands out from the ordinary. Rapes play an important role in what formed her person and her actions, how she personally and how other women who are the victims of rape become a driving force for the development of Lisbeth Salander’s mental and physical strength. 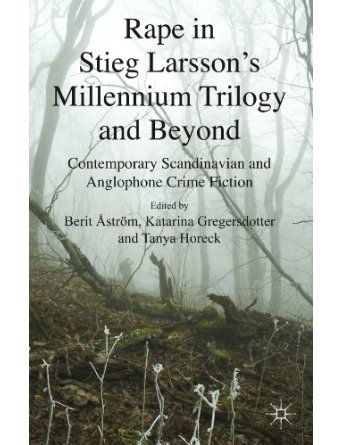 A new book is being released in November. Essays by literature, film, and language researchers from Sweden, the UK, Canada, and the US have been gathered under the title "Rape in Stieg Larsson's 'Millennium' Trilogy and Beyond: Contemporary Scandinavian and Anglophone Crime Fiction." The texts in the book discuss and theorize about depictions of rapes in contemporary Scandinavian and English-language crime literature.

Two of the three editors, and authors of several texts in the book, are Berit Åström and Katarina Gregersdotter, both language and literature researchers at Umeå University in Sweden. The third editor, Tanya Horeck, is a film scholar working in Cambridge at Anglia Ruskin University.

“We started thinking about rapes in crime novels and what they do to us as readers. Why did the author include rapes in the story? What function do they fulfill? What does it tell us about the rapists and the victims?” says Berit Åström.

“I believe our book will reach a broader audience than merely researchers, simply because so many people read crime fiction and have opinions about it. They’re familiar with the stereotypes of the genre,” maintains Katarina Gregersdotter.