NEWS The board of Umeå University has decided that senior professor Marianne Sommarin will be awarded the Umeå University Medal of Merit in 2019. The medal is awarded to people who have made particularly significant contributions to the university. 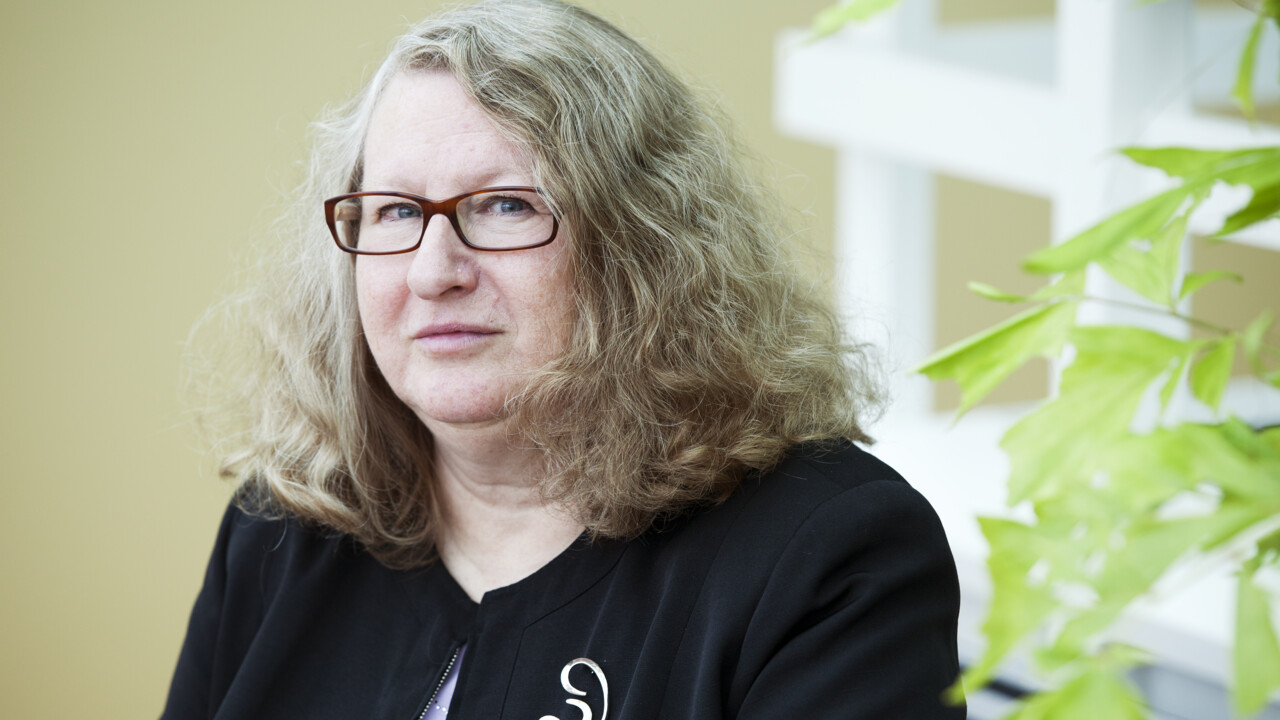 “It feels wonderfully fun and, above all, very honorable. Obviously, it means a lot to get an award of this dignity that draws attention to the activities you have conducted” says Marianne Sommarin, senior professor at the Department of Plant Physiology at Umeå University.

Umeå University's Medal of Merit is the university's finest award and is awarded every three years to people who have made particularly significant contributions to the university. The medal has been awarded on 20 occasions between the years 1985-2018. In addition to Marianne Sommarin, professor emerita Astrid Norberg, Department of Nursing, also receives a Medal of Merit in 2019.

”Marianne Sommarin has served in a meritorious way to develop and strengthen Umeå University, not least through her assignments in a number of national research infrastructures and as Pro-Vice-Chancellor and as the Vice-Chancellor's advisor. Marianne Sommarin, with a clear, committed and appreciated leadership, has contributed to the university's best interests and, in summary, is a very well-deserved recipient of the university's Medal of Merit ”.

Marianne Sommarin came as a visiting professor at the Umeå Plant Science Centre, UPSC, and the Department of Plant Physiology in 2003 and since 2008 she has mainly worked with university management assignments.

“Many of the assignments have posed great challenges but have been very rewarding, developing and fun to work with. Above all, I proudly think of the activities we have undertaken that support young researchers in their careers, in particular career grant support and the development and establishment of the faculty-wide research leadership programmes for researchers at different stages of their careers” says Marianne Sommarin.

What are your plans going forward?
“I continue with the board assignments I have left, including as chairman of the Swedish synchrotron light system MAX IV in Lund and in addition, I try to make the most of the retirement life” says Marianne Sommarin.

Biography:
Marianne Sommarin graduated in biochemistry at Lund University in 1983 and was appointed professor of plant biochemistry in 2000. She was recruited as a visiting professor at the Umeå Plant Science Center, Department of Plant Physiology, Umeå University in 2003, was appointed professor in 2008 and since 2018 is senior professor of plant biochemistry in the department.
She has been a member of several of NFR's/VR's review groups between 1992-2003 and a member of the NT Council 2004-2008, then Pro-Vice-Chancellor with responsibility for research including research infrastructure and postgraduate education at Umeå University 2008-2016, then advisor to the Vice-Chancellor with special responsibility for research infrastructure. 2016-2018. Marianne Sommarin has built and led two national research schools (SSF- and VR-funded - the latter was KBC Research School), 1996-2014. The current national board assignment is chaired by MAX IV's board (2013-2019).