What happens on the surfaces of rust particles?

NEWS Philipp A. Kozin shows in his thesis that surface irregularities have a great impact on adsorption reactions at the surfaces of iron-based minerals. This knowledge can improve our ability to design these mineral particles for human needs. Philipp A. Kozin defends his results at Umeå University on February 20. 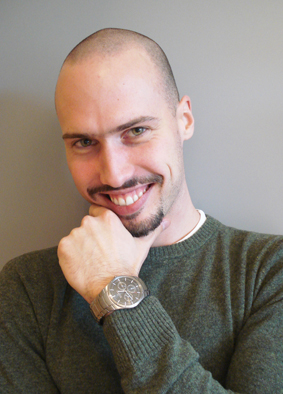 The iron-based minerals, also known as rusts, are of widespread occurrence in nature – soils and atmosphere. They can be readily used in various technological settings in the industry. Common products where these minerals can be used include paints, electrodes or electrical batteries, as well as low-cost sorbents capable of purifying large volumes of air or water.

The phenomenon responsible for the numerous applications of the minerals is known as adsorption, namely the attachment of compounds to surfaces. Adsorption often results in the development of charge, which is manifested by a small yet measurable electrostatic potential. This charge is, in turn, counterbalanced by the adsorption of oppositely-charged ions, for example commonly-occurring sodium and chloride ions.

In this thesis, laboratory-made mineral nanoparticles of goethite, akaganéite and lepidocrocite of different shapes and surface roughness were used to resolve the interplay of surface structure, composition and ion identity affect charge development at nanosized rust particle surfaces.

“My work shows that while particle morphology and composition have important effects on charge development, however surface irregularities can over-rule such effects,” says Philipp A. Kozin.

Surface irregularities at planar-like surfaces tend to expose additional reactive sites at stepped edges which can charge more readily because they can be better by stabilized by water molecules. Otherwise, the water molecules located in mineral surface pores can restrict the diffusion of large ions, and thereby dampen the full potential of charge development as could be promoted by smaller ions. This situation also holds for the diffusion of charges along nanosized structural tunnels running along the bulk, as for example, in case of akaganéite.

The thesis has been published digitally