NEWS Projected global warming will likely decrease the extent of temperate drylands by a third over the remainder of the 21st century coupled with an increase in dry deep soil conditions during agricultural growing season. These results have been presented in Nature Communications by an international collaboration led by the US Geological Survey and members from seven countries, including Scott Wilson at the Climate Impacts Research Centre (CIRC) at Umeå University. 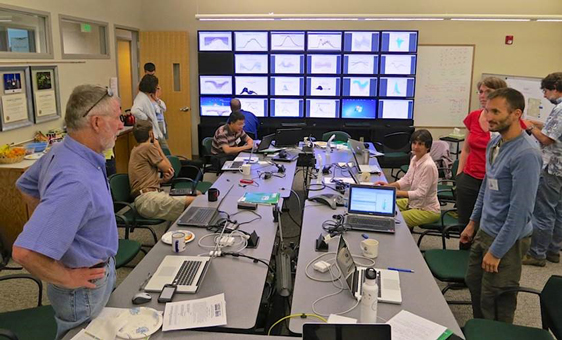 “I was impressed by the scope of the computer model: with many components of the water cycle calculated daily for 30 years, at 20,000 sites. All of this to simulate the current climate as well as 16 possible future climates. The variety of possible future climates gave pretty consistent outcomes, lending credibility to the results,” says Professor Scott Wilson, visiting researcher at Umeå University and researcher within CIRC.

Dryland habitats expanded by 4–­8% in the 20th century and now cover 40% of the global terrestrial surface. As the global climate warms this expansion will likely continue. Forecasting the changes in precipitation and soil moisture for tropical and subtropical regions as a result of global warming is well constrained due to soil moisture patterns being closely linked to Hadley Circulations.

However, until recently, much uncertainty still existed concerning temperate drylands. The certainty of the forecasts is particularly important as warming leads to shifts from temperate to subtropical drylands, which leads to changes in precipitation and soil moisture, which in turn has profound effects on ecological services, provided to humanity, including the viability of certain temperate agricultural systems.

This uncertainty is changing because of improved supercomputer modelling of the movement of water through ecosystems, based on 20,000 locations around the world.

The results suggest that climate change will convert much of the area currently occupied by temperate grasslands and deserts to subtropical vegetation with effects on associated wildlife and human populations.

Specifically, these results predict a loss of 15 to 30 per cent of temperate grasslands by the end of the century with a substantial increase in deep soil drought conditions. The impacts can have large consequences for humanity.

“For example, with the expansion of subtropical drylands as temperate drylands warm cool season crops such as wheat and potato would no longer be economically viable,” says Scott Wilson. “Further, these subtropical drylands are home to aggressive diseases such as dengue and schistosomiasis. Given the predicted changes to dryland habitats globally, the outcome of this research is essential for developing strategies for adaptation by policy makers.”

The Climate Impacts Research Centre (CIRC) conducts research, education, and outreach with focus on terrestrial and aquatic ecosystems in Arctic and alpine environments. The aim is to integrate new knowledge in ecology and biogeochemistry to get a better understanding of current conditions and making projections for the future. The operations are based in the Abisko Scientific Research Station, 200 km north of the Arctic Circle in Sweden (68.35° N, 18.82° E).