NEWS Yaowen Wu, professor of biochemistry at Umeå University, has been awarded the prestigious Göran Gustafsson Prize in molecular biology in 2019. Yaowen Wu's research is about investigating biological processes with chemical tools. The prize is SEK 5.1 million in grants, distributed over three years, and a personal prize of SEK 250,000. 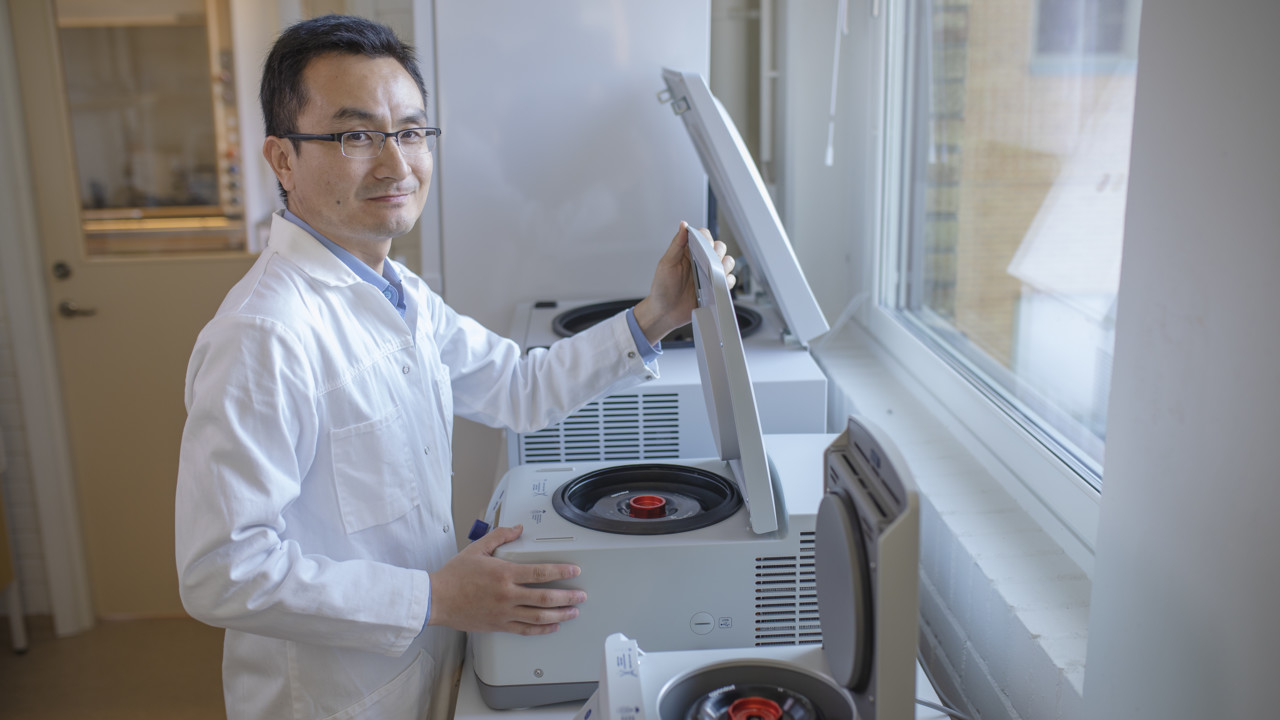 Yaowen Wu, professor of biochemistry at Umeå University, has been awarded the Göran Gustafsson Prize in molecular biology.

According to the motivation for the prize, Yaowen Wu receives Göran Gustafsson's prize "for his innovative molecular studies of intracellular transport and autophagy". To understand the mechanisms of life, the ability to visualize and perturb biological processes is important. Yaowen Wu investigates various biological processes using chemical tools that provide unique opportunities to look more closely at the underlying biology or create new functions.

He has developed novel chemical tools, including protein chemical modification, chemical and chemo-optogenetics. He has used these tools to tackle biological problems with focus on membrane trafficking and autophagy. Autophagy is a process of degradation and recycling of the cell's worn-out components. So-called autophagosomes collect the debris that is formed when various components such as proteins and organelles in the cell are damaged. The "garbage" is then broken down and recycled. Malfunction of autophagy has been associated with diverse human diseases such as cancer, Parkinson's, Alzheimer's and infection. One goal is therefore to understand why the disorders arise and find strategies to interfere with them.

"I will continue my endeavors to elucidate the mechanisms that govern how autophagosomes are formed and how pathogenic bacteria interact with host autophagy," says Yaowen Wu. "I will also further develop the chemical and chemo-optogenetic tools that make it possible to manipulate processes in the cell with increasing precision. We expect that this will lead to new discoveries of biological mechanisms and new strategies for diagnosis and treatment".

Yaowen Wu was born in China and holds degrees in chemistry and organic chemistry from Sun Yat-sen University and Tsinghua University in China. After his doctoral exam from TU Dortmund in 2008, working at the Max Planck Institute for Molecular Physiology, and postdoctoral studies in cell biology at the King's College, London, from 2010 he led an Otto-Hahn group at the Max Planck Institute in Dortmund. In 2012 he became group leader at the Chemical Genomics Centre of the Max Planck Society. In 2017 he was named Wallenberg Academy Fellow at Umeå University, where he became a professor in 2018.

Recently, he was named one of 34 junior researchers for biochemistry futurists in American Chemical Society's journal Biochemistry. The selected researchers are recognized for research that exceeds traditional subject boundaries and addresses challenges that previously seemed impossible.

Watch a film about Yaowen's research