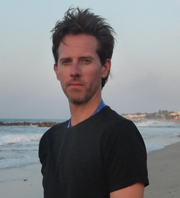 Amyloidosis denotes a pathological condition characterized by fibrillar deposition of proteins and peptides. Up to date more than 25 human disorders have been linked to formation of amyloid. The fibrillar depositions may accumulate locally or systemic and depending on the associated protein as well as site of deposition, it can result in many different symptoms. The overall aim with our work is to understand the mechanism by which native, endogenous, polypeptides transforms into a pathological assembly and further to develop means for intervention. We focus on the complete chain of events spanning from a monomeric polypeptide to mature amyloid with a specific focus on the intermediate formation of oligomeric assemblies. Our established techniques involve recombinant expression and purification of proteins and peptides, CD, fluorescence, NMR, AFM, SPR, X-ray as well as immunological techniques. Moreover, using cell-based system for analysis of viability, correlations between structural properties and cytotoxic propensity can be made. Our work is focused on Familial Amyloidosis with Polyneuropathy as well as Alzheimer's and Parkinson's disease.

Alzheimer's disease (AD) is fatal disorder linked self-assembly of the amyloid-β peptide (Aβ) that ultimately forms fibrillar plaques (amyloid) within the brain of affected individuals. We focus on a structural and mechanistic understanding of Aβ fibril formation, including the effect of both intrinsic properties of the peptide as well as environmental factors influencing the process of Aβ self-assembly. It's today well known that the cognitive impairment and synaptic dysfunction, characterising AD, better correlates with small and soluble Aβ-assemblies denoted oligomers. Detection of oligomers is today a difficult task. We therefore also focus on the development of improved detection methods, which have a translational impact on both diagnostics and therapeutic efforts.

Parkinsons disease (PD) belongs to a group of conditions called motor system disorders, which are the result of the loss of dopamine-producing brain cells. The underlying cause of PD is aggregation of a protein called α-synuclein that forms intracellular aggregates known as inclusion bodies. In analogy to Aβ α-synuclein forms both fibrils as well as oligomers having a potent cytotoxic effect. We focus both on structural and mechanistic explanations to the aggregating properties of α-synuclein as well as means to modulate and intervene the aggregation process.

Familial Amyloidotic Polyneuropathy (FAP) denotes a hereditary disorder associated with mutations in the plasma protein transthyretin (TTR). FAP displays an increased prevalence within the northern part of Sweden and is locally known as "Skelleftesjukan". TTR forms a systemic form of amyloidosis but where depositions is localised predominantly to kidney, intestine, peripheral nerves and the heart. The clinical symptoms presents as sensory and motor dysfunction as well as heart problems. TTR is also associated with a senile form where the normal non-mutated variant forms amyloid deposits, predominantly localised to the heart which affect twenty five percent of all individuals above eighty years of age. We focus on an in depth understanding of the cytotoxic properties of TTR and its correlation to stability with a particular focus on thermodynamic and kinetic properties with the aim to develop novel and improved strategies for intervention.