The T6SS is a highly dynamic machinery present in many pathogenic Gram-negative bacteria that is utilized to inject a molecular syringe secreting a wide variety of toxic effectors into eukaryotic and prokaryotic cells.

Francisella tularensis (Ft), a highly virulent intracellular pathogen that causes tularemia in humans and many animal species, encodes an atypical T6SS, which allows Ft to invade and replicate within the cytosol of eukaryotic cells and it is thereby essential for virulence. While T6SSs have been the focus of an intense research effort for over a decade, our understanding is still incomplete regarding many of the functions of T6SSs in general and that of Ft in particular. Therefore, we currently are investigating the regulation and composition of the T6SS in Ft. With regard to T6SS regulation, we have recently identified critical roles of the ClpB chaperone (Alam et al., Scientific Reports, 2018) and made the novel finding that its role for the control of T6S is dissociated from its role as essential for handling of heat shock (Alam et al., Plos Pathogens, 2020). Since much Ft research has focused on the regulation of the T6SS of the environmental bacterium F. novicida, we now investigate if the regulation is distinct in clinically important Ft subspecies with a special focus on ClpB and its role for the assembly/disassembly of the T6SS.

Detailed structural knowledge is very limited regarding the Ft T6SS and this is particularly true for the baseplate (BP), the foundation on which the external part of the machinery rests, a consequence of the overall limited sequence identity shared between the Ft T6SS components and those of prototypic T6SSs. To characterize the BP, we are conducting detailed analysis by means of two-hybrid interaction analysis, immunoprecipitation, ascorbate peroxidase 2 (APEX)-tagging, and confocal and electron microscopic methods.

In view of our detailed knowledge regarding the T6SS structure of Ft, we have screened a small molecule compounds for the ability to block the binding of VipA-VipB, essential for T6S,  in a bacterial two-hybrid system (B2H). Potent compounds in each of tested assays were identified. Analogues were obtained and compounds with potent inhibitory effects in the assays and desirable physicochemical properties as predicted by in silico analysis were identified (Sun, et al Antimicrobial Agents and Chemotherapy, 2014). Since the compounds specifically target a virulence mechanism without affecting bacterial replication, they have the potential to mitigate the virulence with minimal risk for development of resistance. 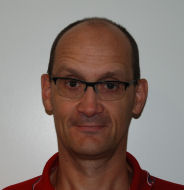