PhD project This project examines the change in prehistoric settlement patterns in northern Sweden, particularly during the end of the Neolithic – Pre-Roman Iron age. By applying new analytical methods, such as Near Infrared (NIR) spectroscopy, on an archaeological material, and performing large scale environmental and climate reconstructions, it will build on previous research in the same field.

The project aims to build on previous archaeological research on prehistoric settlement patterns in northern Sweden. The project can be divided into two main components: one centered on method development, applying NIR – spectroscopy on artefacts, and one synthesis research component, in which pollen studies are compiled, evaluated and modelled. Spectroscopic analysis of archaeological stone material holds the potential to develop the research on how material has been extracted, transported or traded in a given region. Seen in relation to previous research, where artefacts as tools and typology has been in focus, the discussion about inter-site relationships can be expanded upon. These data will also be evaluated against a large scale environmental reconstruction of the region, based on pollen studies and climate data. The environmental aspect holds potential to study these relationships in a changing landscape. 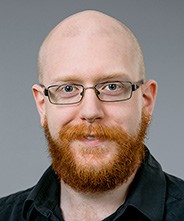