Research project Huw can citizens be democratically involved in city-regional decision-making, i.e. where the city is functionally linked to surrounding municipalities? What type of political institutions are established to handle collective matters for the city-region?

City-regions consist of a city with a hinterland, functionally connected mainly through joint markets for labour and housing. This project has explored what it means to be a citizen in a city-region and has investigated the political institutions that has emerged to handle collective matters in the city-region. Studies were carried out in the Umea region and the Goteborg region, partly using citizen surveys. The project has also initiated international comparative studies of citizenship in city-regions. The project members are from political science, social and cultural geography and regional economics. It was funded by Riksbankens Jubileumsfond. 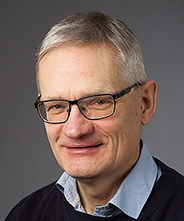 The aim of the project has been to investigate and analyze consequences for local democracy and governance of the development of city-regions in Sweden. As in other countries, an increasing number of citizens reside in city-regions, which consist of one or a few core cities and a suburban hinterland. Within city-regions, it is common that citizen lives in one municipality but work, shop or spend leisure time elsewhere in the city-region. Local citizenship rights and duties, such as voting in local elections and paying local taxes, are usually connected to the home municipality, but the use of the territory often exceeds its borders. Although most municipal services are targeted towards the own citizens, they may sometimes be used also by others. At the same time, an increasing number of collective problems concern more than one municipality and often the city-region as a whole. These include needs of public transport, environmental problems and the use of land in the city-region. Taken together, these developments challenge the position of the municipalities as the most appropriate unit for local democracy and governance. There are no directly elected councils in Sweden that correspond to the city-regional territory. Instead, units of inter-municipal cooperation have been established. However, their capacity is limited as most key decisions require consensus among the member authorities. In addition, they suffer from weak democratic legitimacy as the decision makers cannot be directly held accountable by the citizens.

The project has an institutional theory approach that highlights the potential conflict between strong structural tendencies of change, such as urbanization and the growth of city-regions, and existing political institutions such as municipalities and the local citizenship. The project has investigated aspects of this conflict in two Swedish city-regions – the Göteborg region and the Umeå region. This include questions about political orientations across municipal borders, territorial identities of the citizens, consequences of commuting for the division of task between men and women, and the prospects for more legitimate political institutions for the city-region. The analysis has been based on a number of sources. These include a citizen survey (6000 respondents with a 60 per cent response rate), interviews and focus groups with citizens and political decision-makers. In addition, documents and economic statistics have been analyzed. The research group has consisted of the following scholars at Umeå University: Professor Anders Lidström (project leader), Associate Professor Niklas Eklund, Professor Christine Hudson and Dr Jessika Wide from political science; Associate Professor Johan Lundberg from economics and Professor Kerstin Westin from social and economic geography. This combination has made it possible to investigate the matters from the perspective of both each discipline as well as from a multi-disciplinary perspective.

The design of the project was modified at an early stage in order to make it more stringent. The number of city-regions selected for investigation was reduced from seven to two (Göteborg and Umeå) and the citizen survey was carried out in both city regions, and not only in Umeå, as originally planned. Adding a large city-region made it possible to analyze the relevance of the size of the city region. The choices have been very fruitful and have contributed to the international success of the project. Due to other commitments such as leadership positions among the participants, the project was also granted a fourth year for completion.

2. Citizens are more interested in municipal politics in a neighboring municipality if this is larger than the home municipality. This is an important finding of relevance for analyses of strategic behavior and yardstick competition between municipalities.

4. Previous research has shown that commuting mainly benefits men’s work and functions as a “women’s trap” by tying women to the local labour market and home duties. The findings from this study shows that, at least in the two Swedish city-regions, commuting does instead provide a way for women to gain access to a larger labour market. Nevertheless, living in suburbs does cement traditional division of functions between women and men.

The project has had a strong international orientation. All participants have presented papers at international research conferences. At several occasions, members of the research group have initiated and been in charge of panels related to the theme of the project at international conferences. Publications has mainly taken place in international journals or edited books. Further, the project has initiated and coordinated a special issue on citizens’ political territorial orientations in city-regions, published in Journal of Urban Affairs (no 1, 2018). The special issue has contributions from researchers in Sweden, Poland, Germany, Switzerland, Spain and USA who have analyzed citizen surveys in city-regions. Draft versions of most articles are ready. We expect this to be a path breaking contribution as no such comparison has been published previously.

Another important publication is an article by Professor Kerstin Westin on place attachment and mobility in city-regions. Her article shows that mobility is connected to one’s attachment to both the place of living and the own municipality but that also the length of time of living in a place matters. She also concludes that the territorial scale of the local attachment in city-regions is larger when citizens are more mobile.

Compared to the situation in many other European countries, urban politics has had a weak position in Swedish political science. However, with increasing urbanization and with more people living in city-regions, there is a need for scholars to shift their focus to more urban specific issues of local politics. In order to strengthen research on urban politics in Sweden, the project has initiated a special issue of a special issue of the Swedish political science journal, Statsvetenskaplig tidskrift, published as no 4, 2017. The issue was edited by Anders Lidström together with Professor Jon Pierre at Göteborg University.

Although the project is mainly addressing the international research community, we have also informed about our research for practitioners. Key findings from the project was published in the Swedish Research Councils’ (previous) popular scientific journal “Tvärsnitt” and the researchers have presented results for politicians and key administrators, both locally and nationally.