Destinations: Originality and Intertextuality in journeys to the North

Research project Travelers often want to describe their journeys in original ways, but travel writing is intertextual in its nature. Do the destinations of travellers influence how intertextual references are used? Are there gender differences in this regard?

While much travel literature is intertextual in nature in that the traveler is supposed to know, relate to, and to an extent position him/herself to previous writings concerning the encountered area, an added desire is to describe exclusive and ‘original’ experiences. These two objectives and the discrepancy between them will be analysed in the project Destinations, which is part of the research program Foreign North. Comparisons of texts by authors travelling in different geographical directions enable discussions about the shifting nature of the intertextual references, and make possible discussions about possible gender differences. 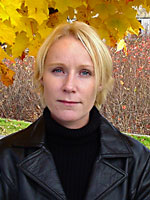 While much travel literature is intertextual in nature in that the traveler is supposed to know, relate to, and to an extent position him/herself to previous writings concerning the encountered area, an added desire is to describe exclusive and ‘original’ experiences. These two objectives and the discrepancy between them will be analysed in the project Destinations, predominantly from a gender perspective.

Studies of texts by male and female travellers journeying both to the North and in other geographical directions will provide material for comparisons and contrasts. Paul du Chaillu who travelled in both Africa and Scandinavia is a case in point, as is Selina Bunbury, who travelled to Scandinavia, but also to places regularly visited on the Grand Tour. Bayard Taylor’s The Lands of the Saracen or pictures of Palestine, Asia Minor, Sicily, and Spain (1855) can be profitably compared to his Northern Travel: Summer and Winter Pictures of Sweden, Lapland and Norway (1858) and Susanna Henrietta Kent’s Gath to the Cedars (n. y.), will be analysed in contrast to her Within the Arctic Circle (1877). In all these analyses, descriptions of journeys to destinations other than Scandinavia will be used as points of reference providing further opportunities to explore the dynamics of centre and periphery. However, it is the northern travelogues which are of particular interest, especially because of the potential to establish new interpretative paradigms on the basis of these texts.

The Grand Tours’ destinations were well documented and texts were used for two reasons. A guidebook led the traveller to the correct destination, whereas a literary text guided him or her to the correct emotional state. It was thus through literature that the traveller was instructed how to feel and how to respond to the experience. As many texts had already been written about The Grand Tour destinations, ‘original’ experiences were crucial to justify the traveller’s own text. As attention shifts to the North because of the Napoleonic Wars, a new and less explored arena is opened for the potential travel writer. Compared to travellers to destinations on the Grand Tour, travellers to the Nordic North journey through areas which are relatively unknown; both to the journeying subject and to the presumptive reader, and which are often seen as representing a return to a simpler, more utopian, way of life. This has consequences for the originality of travel writers’ projects, as the need to go to extreme lengths to achieve original experiences that have not hitherto been documented is removed. In many cases, the authors feel liberated from previous textual constraints, while at other times, the absence of material to rely on becomes a challenge in itself. In texts centering on the North the intertextual references are relatively few since there is scant previous material, and this tendency and its implications will be studied more closely to elucidate what types of intertextual references are used in texts about the North and how these differ from intertextual connections established in travelogues centering on more well-travelled destinations. There are further different kinds of northerness in the selected travelogues. Some are created by the absence of previous texts, while others are either sustained by intertextual links or formed in opposition to read experiences. Comparisons and contrasts can help to illuminate stereotypical descriptions which are either influenced by or independent of the direction of the journey, thus furthering analyses of the multiple and complex relationships between centre and periphery.

Gender perspectives will be incorporated and applied to discussions about both originality and intertextuality. What is considered appropriate and safe differs between genders, and this circumstance in itself causes the notion of originality to change: for example, the dangers that are used to emphasize the originality of the experience are often gender-specific. Preliminary studies also indicate gender differences in what kind of intertextual references is selected as well as to how the intertextual material is incorporated.

The study will combine literary theories with cultural studies approaches, and close reading will be the primary method of analysis. Scholarly works representing various disciplines will be used for background information and to support and develop arguments about travelogues as an intertextual body of work. Firstly, texts centering on the travel genre as such will help establish historical, cultural and ideological contexts as well as serve as points of departure for the formulation of alternative interpretative paradigms. Secondly, studies on originality, authenticity and intertextuality will help illuminate strategies employed in the selected texts. Seeing the North in relation to Grand Tour or pilgrimage destinations will be necessary when it comes to pinpointing strategies of narrating the experience and texts specifically centering on northerness will aid in analyzing the selected travellers’ constructions. Research about gendered travel has become progressively less essentialist and will be valuable in the comparative analyses, however, the northern perspective is to a great extent missing, something the studies within Foreign North will help to amend.