Research project The aim of this research project is to characterize virulence mechanisms used by the human periodontal and systemic pathogen Aggregatibacter actinomycetemcomitans, and to disclose bacterial genetic markers that can be used for preclinical identification of individuals at high risk of aggressive forms of periodontitis.

Periodontal diseases are among the most common chronic infections in the world, and rapid tooth loss in young individuals (<35 years) is strongly associated with infection by the Gram-negative bacterium Aggregatibacter actinomycetemcomitans. Its special properties make the role of this species most crucial in the initial stages of the tooth attachment loss process. Production of a leukotoxin in this bacterium is associated with high virulence, but we do not yet know why also low-leukotoxic isolates of the species can be highly virulent. A. actinomycetemcomitans is also reported to contribute to systemic diseases, such as cardiovascular disease, and rheumatoid arthritis, caused by hypercitrullination. 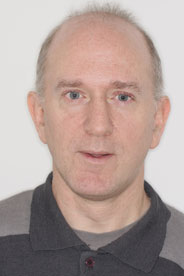 In our project, we use cell and molecular biological methods to study mechanisms of how A. actinomycetemcomitans can cause damage and survive within the host. For example, we want to understand how this organism releases inflammatory substances that can trigger periodontal inflammation. We have identified mechanisms for how membrane vesicles (membrane blebs) released by A. actinomycetemcomitans can interact with host cells, cause pathogenic effects, act as transport vehicles for specific effector molecules, and contribute to bacterial serum resistance. We have shown that the bacterium can survive in human serum by means of the membrane proteins OmpA1 and OmpA2, and that H-NS, a regulatory protein of the bacterium, controls its ability to form biofilm and its interactions with other oral bacterial species in biofilm models. By learning more about the virulence mechanisms of A. actinomycetemcomitans, we hope to contribute to new ways to disarm the bacterial virulence rather than killing it. Due to a large genetic variation within the species, some strains of the bacterium appear to be more associated with virulence. Among other things, we use whole-genome sequencing to identify genetic markers that can be used to identify highly virulent genotypes of this bacterium. Using data from a previously collected patient cohort in Ghana, we have identified a genotype, cagE, which is associated with high leukotoxin production and progression of tooth attachment loss. In patients who come here for periodontal treatment, this genotype is about 10 times more common than the already known highly leucotoxic genotype JP2, and is found in a high proportion of the patients under 35 years of age. Such genetic markers could be used as a diagnostic and prognostic tool for preclinical identification of individuals at high risk of aggressive forms of periodontitis, and to facilitate the tracing of the spread of highly virulent variants. We use this knowledge as we now study the prevalence of the bacterium, and screening for virulent variants of it in adolescents in Västerbotten. We are part of the European network for Aggregatibacter actinomycetemcomitans research (ENAaR) and also collaborate actively with researchers at MIMS and UCMR.