Research project The project aims to explore how everyday places are being transformed by digital expressions and media and how the physical and digital world is merged together in different ways. The project is a collaboration between Umeå University, Stanford University and Lund University.

Media Places builds on the notion that technology and media are shaped by the people using them as well as the places in which they are being used. Part of the project is also to explore how humanities research can develop and possibly change through the use of different modes of experimental visualization and expression. 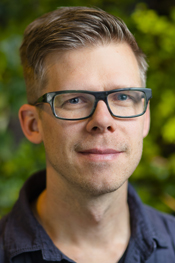 Media Places builds on a common conceptual and theoretical layer, which will facilitate cross-disciplinary fertilization and the development of a critical framework for media places. A basic notion is that the social, cultural and spatial are inevitably linked and that space is constantly structured and produced by those who occupy it (Lefebvre 1974). At the same time, media seem to re-shape space, creating eventually abstract flows that have rich meanings as evidenced in examples ranging from the construction of the Palace of Versailles as symbolic media (Mukerji 1997) and the use of seven twenty-by-thirty foot screens within a geodesic dome at the 1959 American exhibition at the Moscow World‟s Fair (Colomina 2001) to advanced visualization in humanities research (Borgman 2007) and the critically and experimentally based understanding of public spaces as complex media places (McCarthy 2001).
As described, the interrelation between space, media and technology is at the heart of the research program, and this interrelation is explored through three research themes which emphasize different perspectives important to our understanding of media places. Importantly, the three themes will be part of a larger whole and together they will contribute to our understanding of media places as well as to the field of digital humanities more generally.

The studio facilities at HUMlab, Umeå University, and the Wallenberg Hall, Stanford University, will function as “trading zones” (Galison 1998). These two facilities, as well as the Humanities Laboratory, Lund University, will be brought together through a range of mediated technologies to create a sense of shared awareness and participatory workflow. Much of the everyday work will be centered around the three chosen research themes which will allow the research team to explore particularly relevant perspectives on media places, as well as the aforementioned common framework.

The first research theme, Screenscapes, explores the role of screens, frames and screen mediated culture in a digital and screen saturated world with a particular focus on multiple screen contexts historically, experimentally and contextually. Experimental work using available lab facilities will focus on multiple screens as a dynamic material (facilitated with the help of the Institute of Design, Umeå University, and the Department of Computer Science, Stanford University).

The second research theme, Sites of Knowledge Production as Media Places, explores learning and knowledge production in relation to space and media through a range of case studies including spatial history, complex visualization for the humanities, immersive and interactive media places for history, virtual worlds as language sites, and complex media places for scholastic work.

The third research theme, Media Places as Hybrid Practice and Representation, analyzes how physical, digital and symbolic properties of our lived experience come together in rich media places, and how hybrid practices and representations develop. Several case studies approach hybrid situations where the welding of the physical and digital presents particularly interesting research challenges. Key case studies involve Sami cultural expression in online environments, learning and authority in blended spaces, and a study on body-digital representations of self-cutting.