Central to the functioning of representative democracy is the election of political representatives to the national parliaments by the citizens, who forms the government and the stability of governments. 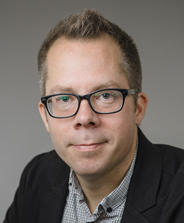 Consequently, this project researches citizens' opinions and those of their political representatives: political parties, parliaments and governments. Through the European Representative Democracy Data Archive (www.erdda.se), we have access to a data source of high quality, containing information on governments, parliaments and institutions. By combining these data with opinion polls, as well as with surveys of political parties, we can analyze key research questions about representative democracy in Western and Eastern Europe. More specifically, the following questions are of particular interest for the research project: What are the role of political parties and governments in forming public opinion and in representing the citizens? Do political parties take voters' opinions into account when formulating their policies and are they responsive to public opinion once they are in office? What affects the stability of the cabinet and how do we design political institutions (such as electoral and decision rules) in order to avoid government breakdowns and political instability? By approaching these questions, we will be able to develop an improved understanding of representative democracy, in all its variety, throughout Europe and how it can be improved.