The causal relationship between cognitive processing and brief interval timing

Research project The aim of this project is to investigate the relationship between brief interval timing and cognitive processing.

Timing is a core behaviour supporting perception, language, locomotion, and planning for the future, as well as dance and music. At long intervals spanning several seconds to days, it is well established that executive functions which regulate memory, decision making and attention are involved. At sub second intervals – which might be even more crucial in our daily interactions – the role of executive functions are yet unknown. Understanding brief interval timing might provide insights to general principles of the neural system and its promotion of higher cognitive function. Finding the mechanisms involved in timing of brief intervals would also provide a better understanding of the cognitive and physiological nature of the timing deficits in several patient groups such as in Parkinson’s disease and ADHD. 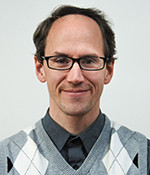 The aim of this project is to test the causal relationships between cognitive processing and timing. We will use a brief rhythmic interval production task called isochronous interval production (ISIP) in which human participants reproduce and maintain a given rhythm. The task is ideally suited to measure timing with high accuracy and reliability, e.g. because of time-efficient gathering of rich data, and partitioning of variance in components with empirically supported functional dissociation. The proposed studies will investigate the relationship between cognitive functions and ISIP by:

1) testing the causal relationship between ISIP and cognitive control. Specifically, we will investigate the effects of concurrent task-induced changes in performance on both executive functions tasks and ISIP in Study 1 and 2. If executive functions drive brief timing, then dual tasks should impair performance.
2) quantifying the influence of cognitive control on ISIP using Bayesian modelling. In Study 3, we derive a simple information theoretic model which enables us to express the entropy induced by concurrent tasks and predict timing performance.
3) testing the learning effects imposed by ISIP and working memory practice. We will attempt to improve the seemingly basic trait of brief timing in Study 4. If executive functions control brief timing, performance should improve with practice.
4) testing the generality of the effects over several effector systems. Cognitive control is not limited to any single sensory or motor sub system. If brief timing reflects the outlet of those functions, it should generalize to any effector system. ISIP will be tested across multiple effector systems in Study 4.