What doors can languages open?

Research project Young generations in Sweden are brought up in one of richest countries. Despite increased economic wealth a great variety of social problems raise questions for the future.The EU and OECD emphasize the importance of multilingualism for employability and frequently use the metaphor 'languages open doors'.

But what doors can languages really open? An do different languages open different doors? How do knowledge of languages relate to other subject areas? Through database studies and interviews with employers and employees we will analyze the role of eg. parents' education and income, and neighborhood for children's grades in languages and other school subjects, the role of languages for work and employability. THe results will feed into to the discussion of languages, language use, language value and multilingualism 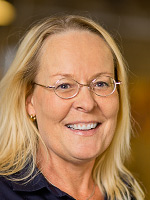 The metaphor of languages as door openers is widely used in policy as well as in education and business. Knowledge of languages is expected to provide nations with economic wealth and citizens with better employment opportunities. In a comprehensive volume recently issued by the OECD it is stated that:

"In this time of globalisation, language learning is ever more important – central to politics, economics, history, and most obviously education […] language learning is not isolated, but totally enmeshed with all the important issues for the future of humanity. […] In our globalised world, language competencies are increasingly im-portant. It is no longer an advantage for a job seeker to speak just one non-native language" (Della Chiesa, Scott & Hinton, 2012: 23-25)

Even if economy and job opportunities may be strong driving forces in the argumentation in favour of language learning, other aspects such as mass communication, tourism and a desire to participate in a global context have been put forward as equally important (Coulbert, 2009). However, the current rhetoric about the advantage of knowing languages rarely specifies whether any particular languages (apart from global English) are more important than others, whether certain combinations of languages make a difference or how important knowledge of languages is in relation to knowledge in other domains for individuals’ future life-chances and perceived success.

This project is threaded through with an essentially sociocultural perspective (Vygotsky 1986), acknowledging that “the nature of thinking, learning and development can only be understood by taking account of the collective, historical nature of human life” (Wells and Claxton: 2002: 12). Thus knowledge is both individual and the shared property of communities, which use the cultural tools of spoken and written language within relationships, and institutions (e.g. schools) in culturally situated forms of social interaction.

In this two-phase project we will first investigate what contextual factors affect the achievement of good language skills. Then we will scrutinize the metaphor ‘languages open doors’ and the role of language skills as contributing to individual citizens’ life chances. We will have the oppor-tunity to access a database from Statistics Sweden, which includes statistics of the entire Swedish population, i.e. around 9,500,000 people. Examples of data that can be accessed in the database are grades in all subjects from secondary and upper secondary school, current and past employment, income development, family relations and geographical information of home, workplace and school. The database in conjunction with qualitative interviews will allow us to explore the following questions:

- To what extent do language skills correlate with success in other subjects in school?

- To what extent do language skills of one generation reflect positively on the motivation for languages in subsequent generations?

- Are there any relationships between certain languages or language combinations and fu-ture life chances?

- Are some languages or language combinations better predictors for future life chances than others?

- Is range of languages more important than level of skill?

- What are employers and employees perceptions of the affordances of multilingualism as contributing to life-chances and employability?

The results from the project will feed into the development of language education, educational policy, and most importantly into the discussion of language use, language value and multilin-gualism. Even if the study is set in the Swedish context, the fact that it will present results from the entire population in one European country on current, global issues of multilingualism, edu-cation and employability, we believe that it will also be highly relevant internationally.