Why are school girls worse off in terms of self-reported health?

Research project The project examines how different aspects of young people's living habits correlates with their health. The aim is to study how young people's health relates to norm compliance, parental relationships and differences between girls and boys.

The project studies the differences between those who report good health and those who do not. How do relationships with parents, sex, age and the school you go to matter? Also, a sub-study investigates how the survey results are used in local schools. The project analyzes data from the Leva Surveys (young people's living habits) that were conducted among all students in grades 7, 8 and 9 of the City of Umeå and its surrounding municipalities (2005, 2007 and 2009). About 5000 students participated in the survey each year (85% responded in 2005). The questionnaire consists of 124 questions on social background, friends and family, health, life in school, tobacco, alcohol and drug use, crime/safety, recreation and future. 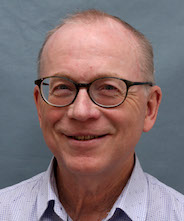 The overall aim is to study how the health of young people is related to their compliance to norms, their relationships with parents and the differences in these matters between girls and boys.

A gender perspective will be applied, since living habits vary between girls and boys and since girls are worse off in terms of self-reported health. Future prevention measures need to take into account the different and unequal conditions that girls and boys face during adolescence.

The research is based on the Leva-survey of living habits and health among all pupils at the senior level of the nine-year compulsory school in the Umeå region (2005, 2007 and 2009). Approximately 5000 pupils participate in the survey each year. The response rate was 85 % in 2005. The survey consists of 124 items and covers the following life areas: social background; friends and family; health; life in school; tobacco, alcohol and drugs; crime/security; leisure and future.