Umeå is a city of contrasts. From snowy winters to sunny summer days, from the coast and sea to the deep forests; from the vibrant city life to quiet auroral nights. More than 120,000 people live here, adding life and colour to the city.

All roads may not lead to Umeå, but it's easy to get here anyway – by plane, train, bus or car. Umeå Airport is one of Sweden's busiest, and is so close downtown Umeå that you can actually go there by bicycle. If you want to choose something more climate friendly than air travel, you can catch a train – from Stockholm it's only a 6 hour trip. By car you hit the E4 or E12 and have the chance to discover other nice spots on your way to, and around, Umeå.

Easy to get around

In Umeå you're never really far from anything. Walking distance to most things – entertainment, leisure, culture, nature and studies – makes it easy to take part of what the city has to offer. But the typical thing to do in Umeå is not to walk, but to bike, always and everywhere, summer and winter. 180 km of paved bicycle paths will guide you right. 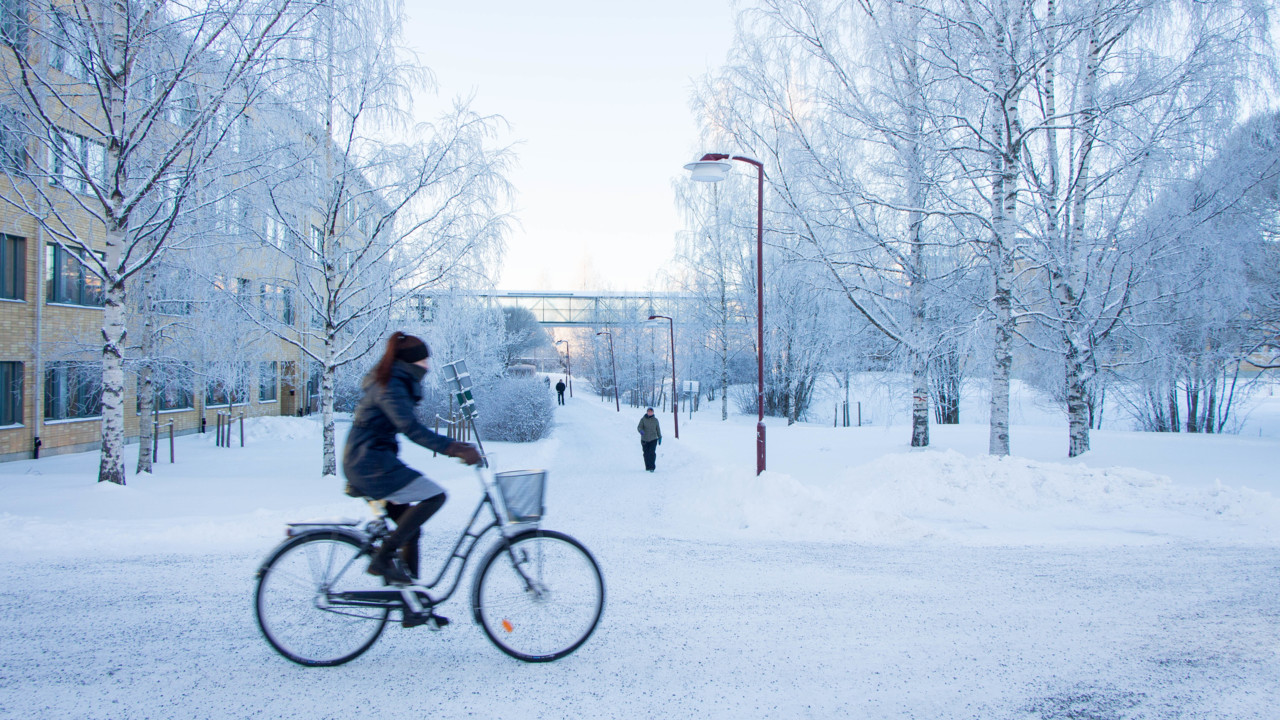 Biking all year round

In Umeå, cultural workers and artists has gathered since the 1970s, and when such people come together – stuff happens. Here you find museums, a sculpture park, an opera and a professional symphony orchestra - but also cultural associations, music festivals, several smaller theatres and an international literary festival, among many other events. As proof of the city's vibrant cultural scene, Umeå was named European Capital of Culture 2014.

When Umeå University was inaugurated in 1965 the city had only 40 000 residents. Today, 50 years later, more than 120 000 people live here. Thanks to our students, Umeå is a young and energetic city. The city's youth and growth is evident in several ways, including in entrepreneurship and new businesses. Here you find several innovative ventures within medicine, biotechnology, IT, environment and energy.

Activities all year round