As a result of climate change, the amount of organic material flowing into the seas will increase, especially in the northern regions of the Baltic Sea. This leads to major changes in the basic levels of the food web, which then affects the entire food web. The clearest effect is that bacteria will benefit from the influx, while phytoplankton will be disadvantaged.

To study the changes under carefully controlled conditions, so-called mesocosms were used. To mimic the inflow of organic matter, soil was added. A mixture of organic pollutants occurring in the Baltic Sea was added, and bacterial production and the composition of the bacterial community could be studied by the addition of different combinations of soil and environmental toxins.

Soil and pollutants led to changes

It is already known that bacteria can react differently to organic pollutants. Some are inhibited in their growth, many are not affected at all, and some can even benefit from the toxins. Bacteria that benefit likely can use the organic environmental toxins as food. 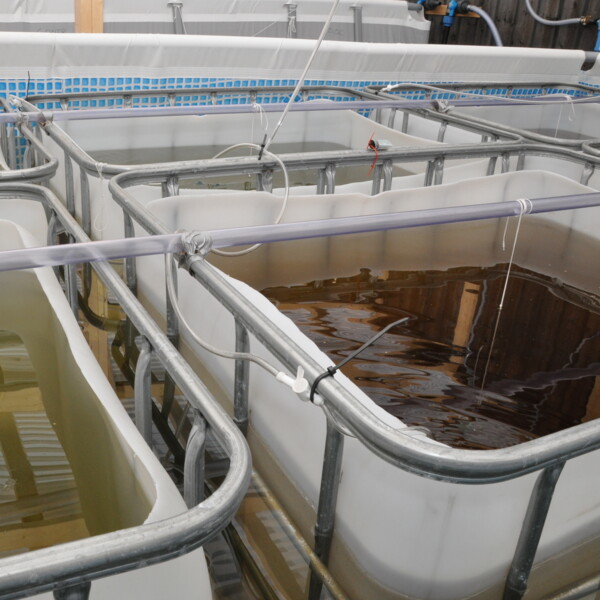 Outdoor mesocosms where used to perform the experiments. Soil was added to mimic the inflow of organic matter.

The diversity of the bacterial community increased with increasing amount of organic matter, and decreased with the amount of environmental pollutants. It was primarily the less common types of bacteria that were eliminated by the environmental pollutants, while the more common types were less affected, possibly because more common bacteria have the ability to adapt to changes in the environment.

The article has earlier been published in the EcoChange annual report. The text is based on: