NEWS Emmanuelle Charpentier, honorary doctor at Umeå University, Sweden, and former group leader at the Laboratory for Molecular Infection Medicine Sweden (MIMS) and former visiting professor at Umeå Centre for Microbial Research (UCMR), has been awarded the 2020 Nobel Prize in Chemistry, together with Jennifer Doudna, for her groundbreaking work on the CRISPR-Cas9 gene editing technology. 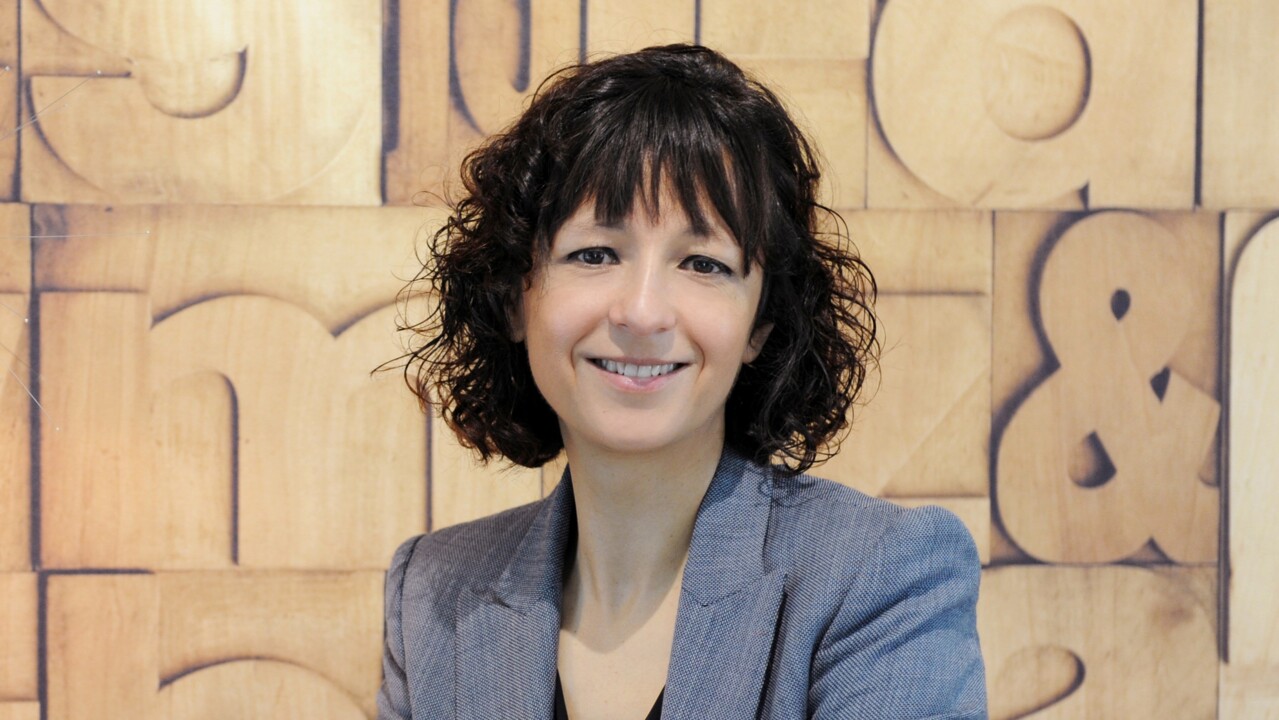 According to the announcement of the Nobel Committee for Chemistry at the Royal Swedish Academy of Sciences, Emmanuelle Charpentier at the Max Planck Unit for the Science of Pathogens, Berlin, and Jennifer Doudna, University of California, Berkeley, receive the prize for "the development of a method for genome editing".

“I am overwhelmed and deeply honoured to receive a prize of such high distinction and look forward to video-celebrating this exceptional award with my team members, colleagues, family and friends,” says Emmanuelle Charpentier about the announcement, and continues:

”My special thoughts go to my former lab members who have contributed significantly to the deciphering of the CRISPR-Cas9 mechanism in bacteria and to my colleagues of the field of CRISPR biology. This award clearly underlines the importance and relevance of fundamental research in the field of microbiology. I am truly amazed at the speed at which CRISPR research and applications in so many diverse areas of the life sciences have developed in recent years. I look forward to seeing new developments in this genome editing and engineering technology, particularly as a gene-based medicine to treat serious human diseases”.

Considered a revolution in the fields of medicine, biotechnology and agriculture, the CRISPR-Cas9 technology is a powerful and versatile tool to specifically and efficiently modify any genetic sequence in the cells of living organisms. The mechanism was originally discovered as an adaptive immune response in bacteria to fight off viral attacks.

In 2011, Emmanuelle Charpentier and her laboratory published a seminal article in Nature describing the identification of tracrRNA as an essential component, together with the CRISPR RNA and Cas9, in the activation of the CRISPR-Cas9 viral defence mechanism in the human pathogen Streptococcus pyogenes and other bacterial species. One year later in 2012, Charpentier and her laboratory together with the team of Jennifer Doudna at the University of California, Berkeley, reported a landmark article in Science demonstrating how the bacterial protein Cas9 guided by the duplex tracrRNA-CRISPR RNA can identify targets in the invading DNA and how the system can easily be programmed and re-purposed to edit any target DNA of interest, offering a versatile genetic tool for biologists.

Discovery made in Umeå

These fundamental discoveries, made at the Laboratory of Molecular Infection Medicine Sweden (MIMS) within the Umeå Centre for Microbial Research (UCMR) at Umeå University, and the Max F. Perutz Laboratories (now Max Perutz Labs) at the University of Vienna, Austria, have enabled subsequent applications of the CRISPR-Cas9 gene editing technology across many diverse fields of science, including human and veterinary medicine, agriculture and biotechnology. Its broad applicability, versatility and ease of use are the reasons that it has been so rapidly adopted by the scientific community. The results of the CRISPR research has already had an enormous effect in the life sciences, for instance a better understanding of mechanisms of life or the development of disease models and screenings. While the technology is already waiting in the wings to be marketed in agriculture, the mission in the field of medicine over the next years will be to translate it into safe and effective therapies for serious human diseases for which there are currently no treatment options.

“Emmanuelle Charpentier’s remarkable work has resulted in an incredibly powerful gene-editing tool with a diverse scope of usage. Together with Jennifer Doudna, she has both given us new fundamental knowledge and technologies opening up for new research opportunities not least in the development of new methods of treatment in the medical field. A Nobel Prize honouring Emmanuelle Charpentier for the work that she has done at Umeå University certainly makes us extremely proud,” says Hans Adolfsson.

Emmanuelle Charpentier is considered a world-leading expert in regulatory mechanisms underlying processes of infection and immunity in bacterial pathogens. She is Scientific and Managing Director of the Max Planck Unit for the Science of Pathogens in Berlin, an institute that she founded together with the Max Planck Society. She is also Honorary Professor of the Humboldt University in Berlin.

Emmanuelle Charpentier studied biochemistry, genetics and microbiology at the University Pierre and Marie Curie (Now Sorbonne University) in Paris, where she received her PhD in microbiology for her research performed at the Pasteur Institute. Following her studies in France, she spent more than five years working in the US, where she held research associate positions in New York at the Rockefeller University, Skirball Institute of Biomolecular Medicine and New York University Langone Medical Center, and in Memphis, Tennessee, at the St Jude Children’s Research Hospital.

In 2002, she returned to Europe to lead her first independent research group as a Guest, Assistant and Associate Professor at the Max F. Perutz Laboratories (now Max Perutz Labs), University of Vienna in Austria, where she habilitated in microbiology in 2006.

In 2015, Emmanuelle Charpentier was awarded the Umeå University EC Jubilee Award that included the Excellence by Choice MIMS Postdoctoral Programme through a donation from the Kempe Foundations and the Knut and Alice Wallenberg Foundation. She is also patron of the Excellence by Choice programme at MIMS. At the 2017 Annual Celebration Ceremony, Emmanuelle was promoted as honorary doctor of medicine at Umeå University. She is a recipient of the Erik K. Fernström Prize and the Göran Gustafsson Prize. In 2019, she received the Scheele Award, which is awarded biannually by the Swedish Pharmaceutical Society.

Read more about Emmanuelle Charpentier and her research