NEWS UID Design Talks, the annual degree exhibition event at Umeå Institute of Design, will be held on 31 May and 1 June. It aims to inspire with student presentations, networking, happenings and the exhibition of degree projects. 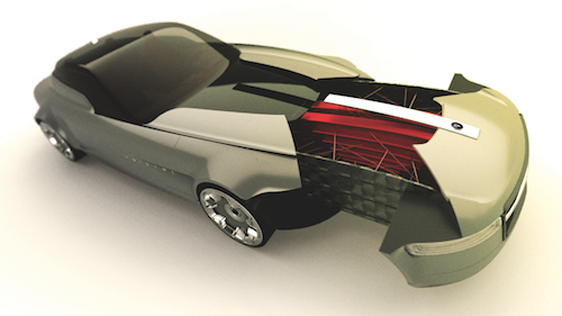 The keynote speaker of UID’11 is one of Europe's best known, and most accomplished designers, Richard Seymour. In addition to working on the British TV series Better by Design and receiving numerous design prizes, Semour has worked a great deal with film production design and advertising. In 1984, he started Seymourpowell consulting company with partner Dick Powell. The innovative duo has since risen to the forefront of product and Innovation design, with a string of world-firsts amongst its achievements, including designs for the world's first cordless kettle, pocket mobile phone and privateer spaceship for Virgin. The charismatic Richard Seymour will be certain to mesmerize the audience during his visit to Umeå University and Umeå Institute of Design.

As usual, designers and industry representatives from around the world come to Umeå to experience the students’ degree exhibitions and projects. Each graduating student hold a 5 minute presentation of their project - a total of 43 student presentations will be held during the two days. New for this year is that international companies will have the opportunity to introduce themselves to students. Wednesday 1 June features visits from German BMW DesignWorksUSA and Bosch Design, the design company SMART DESIGN, with offices in New York, San Francisco and Barcelona, Nokia from Finland, Philips Design from Holland and Bestway Inflatables from China.

UID Design Talks is also an important venue for companies to recruit future employees. This year, there has been a high interest in student portfolios, as 33 companies from around the world have asked to meet students from different courses and programmers, in order to recruit students for internships or employment.

The themes in this year's degree projects span such diverse areas such as road safety, the concept for the interpretation of several different languages, family album of sound memories, transport system solutions for electric bicycles and electric vehicles, and ergonomic tools for tatoo artists and butchers. The projects mostly been carried out support from with external partners, including Nokia, Microsoft U.S., Komatsu Forest, Husqvarna, Atlas Copco, Volvo and BMW. There are 20 nationalities represented among the 43 graduating students, and many of the students been awarded for their innovative design concepts.

Umeå Institute of Design offers a three-year bachelor’s level programme in Industrial Design, in which 15 students are admitted each year. The Institute also admits 10-15 students for its master’s degree programmes: Advanced Product Design, Interaction Design and Transportantion Design. The master’s programems have instruction language in English, and they receive applications from students all over the world. Over 60 percent of the master’s students come from outside of Sweden. The academic programmes at Umeå Institute of Design have a high standard, are well respected internationally and over 90 percent of its graduates gain employment within the field of industrial design. In autumn 2008, Umeå Institute of Design receive recognition as as a “Centre of Excellence in Higher Education” by the Swedish National Agency for Higher Education.

About the degree exhibition: