NEWS Press and journalists are welcome to the preview in connection to the Swedish premiere of John Akomfrahs new three-channel film installation Vertigo Sea, a meditation on man's relationship with the sea. As first touring venue after the 2015 Venice biennale, the film will have its Swedish premiere at Bildmuseet in cooperation with BAC–Baltic Art Center. In conjunction with the preview and subsequent artist talk, there will be opportunities for individual interviews. 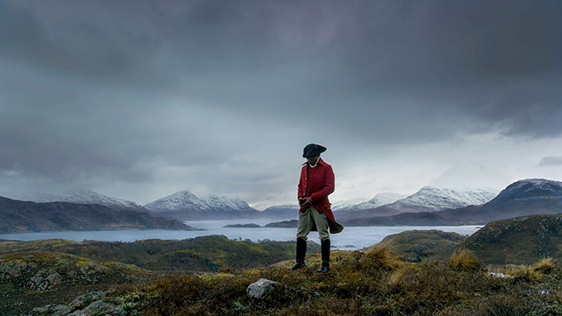 Vertigo Sea is a narrative of man and nature, beauty, violence and the vulnerability of life. It addresses the role of the sea for migration, in war and conflict, for the history of slavery and colonization. Herman Melville's novel Moby Dick and Heathcote Williams Whale Nation are two of its literary points of reference.

For thirty years, spanning cinema, television and gallery-based installations, Akomfrah has engaged with questions of memory and identity, creating works which give voice to the legacy of the African diaspora in Europe. His poetic films are sensual audio-visual experiences that stretch the boundaries of the documentary genre and the format of the film essay. The rich imagery in Vertigo Sea is sourced from historical archives, nature photography, news as well as newly staged footage.

Vertigo Sea premiered at the 2015 Venice Biennale, All the World's Futures. As a first touring venue, the work is now presented at Bildmuseet in collaboration with BAC–Baltic Art Center.

The preview takes place on Saturday 24 October at 12:00 in conjunction with an artist talk by John Akomfrah. Lina Gopaul and David Lawson of Smoking Dogs Films will also take part [programme]. Pre-booking is required no later than Thursday 22 October. After the talks, journalists will have the opportunity for individual interviews. Book your time slot via email please.

Opening on Sunday 25 October at 14:00 [programme]. John Akomfrah will make a presentation of Vertigo Sea, which will be screened continuously during Bildmuseet’s opening hours until 17 January 2016.

John Akomfrah (b. 1957, Accra, Ghana) lives and works in London. He was one of the founders of the seminal Black Audio Film Collective together with, among others, David Lawson and Lina Gopaul with whom he still collaborates today. His work has been shown at the Liverpool Biennial, Documenta 11, De Balie in Amsterdam, Centre Pompidou in Paris, the Serpentine Gallery and Whitechapel Art Gallery in London, MoMA in New York and at the Cannes, Toronto and Sundance international film festivals, among others.