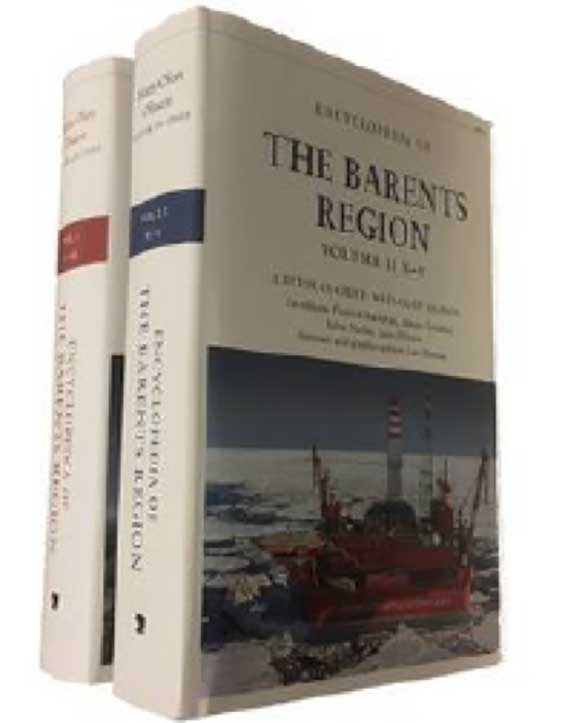 The Barents Region is a newly constituted transnational region including the northernmost counties of Norway, Sweden, Finland, and Russia. It was established in 1993 in order to stimulate collaboration across national borders in the most northern parts of Europe.

The Encyclopedia of the Barents Region contains 415 articles covering the history, culture and economy, as well as the background to the establishment of the Barents Region. The articles also review the cultural, socio-economic, and political prerequisites for a continued and intensified transborder interaction among the citizens inhabiting these sparsely populated areas in the European North.

All thirteen member regions participating in the Barents collaboration are presented in articles describing their history and The History of the Barents Regiondevelopment illustrated with photographs and specially drawn maps.

One major objective of the Encyclopedia of the Barents Region is to connect the past with the present development of the region, thereby filling a gap in the recording of European history and, hopefully promoting the world's interest in an area of the globe with such spectacular nature and such a rich variety of ethnic groups and cultures.

About 300 authors, mainly academics living and working in the Barents Region, have contributed articles to the Encyclopedia. Together with its companion publication, The Barents Region. A Transnational History of Subarctic Northern Europe, a textbook intended for university students of history previously published by Pax (2015), the Encyclopedia presents information on a broad range of topics that should appeal not only to experts in academia and government but also to students and the general public.

Several authors and one of the editors, historian Björn Norlin, are researchers from the Faculty of Arts at Umeå University.

It will, hopefully, facilitate and stimulate interaction among citizens in the region in their various capacities as businessmen, administrators, professionals, and tourists.